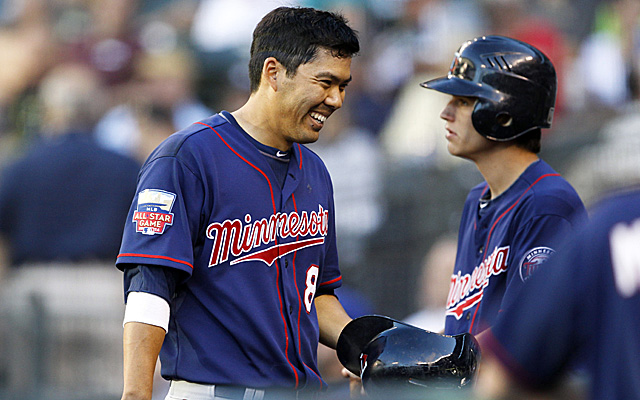 Opposition stars:  Adam Jones was 2-for-4 with two doubles.  J. J. Hardy was 1-for-4 with a two-run homer, his fifth.  Brad Brach pitched 2.1 scoreless innings, giving up three hits and two walks and striking out two.

The game:  The Orioles put men on second and third with one out in the first inning but did not score.  It was the last time they were in the game.

In the bottom of the first Mauer hit a one-out single, took second on a wild pitch, and scored on a Trevor Plouffe double.  Sano followed with his first major league home run to put the Twins ahead 3-0.  In the third Mauer again singled, again took second on a wild pitch, went to third on a ground out, and scored on a strikeout/passed ball (Twins baseball!) to make it 4-0.  The Twins put it away in the fourth.  Aaron Hicks led off with a double and Suzuki singled.  A sacrifice fly scored a run; with a man on third Mauer was intentionally walked and Plouffe was hit by a pitch, loading the bases.  Sano drew a walk to force in a run and Eddie Rosario singled home two to make it 8-0 Twins.

Baltimore got two in the sixth on Hardy's homer and added one more in the eighth on a Jones double, but again, they never threatened to get back into the game.

Notes:  Danny Santana was at shortstop.  He started the season as the regular shortstop, but did not hit and was eventually replaced by Eduardo Escobar.  For the season Escobar played slightly more games at short, 71 to 67.

In this game, however, Escobar was in left field.  Rosario, normally in left, moved to right, with Torii Hunter given the day off.

Shane Robinson went to left in the eighth in place of Escobar.

It seems like more than five years ago that we had people like Robinson, Boyer and Tomkin.  Also playing in this game was J. R. Graham.

This was the middle game of a three-game winning streak.  The Twins would go on to win seven of eight.

Random Record:  The Twins are 44-43 in Random Rewind games. 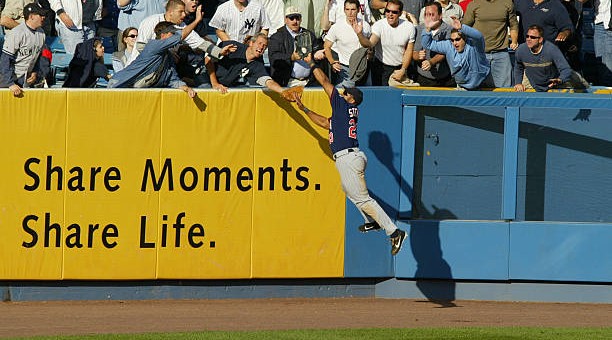 Batting stars:  Shannon Stewart was 2-for-4.  Joe Mauer was 1-for-4 with a home run, his seventh.

The game:  With two out in the first, Shelton singled and scored from first on Ordonez' double, giving the Tigers a 1-0 lead.  The Twins tied it in the third when Michael Cuddyer tripled and scored on a Stewart single.

Detroit went back in the front in the fourth when Rodriguez singled and Granderson delivered a two-out RBI triple.  The Tigers extended their lead in the fifth.  Guillen led off the inning with a home run, Shelton followed with a double, and Ordonez had a run-scoring single, making the score 4-1.  Granderson homered leading off the sixth, increasing the lead to 5-1.

The Twins did very little offensively from the fourth through the seventh.  They put two men on with one out in the eighth, but a pair of strikeouts ended the threat.  Mauer led off the ninth with a home run.  Torii Hunter then singled and Jacque Jones walked, bringing the tying run to the plate.  But Matthew LeCroy hit into a double play and Justin Morneau grounded out, and the game was over.

Notes:  Bret Boone was at second base in one of the fourteen games he played for the Twins.  Luis Rivas started the season at second, but the Twins had lost patience with him by this point and he lost the job.  Nick Punto played the most games at second, with 73.  Rivas had 53, Luis Rodriguez 40, Brent Abernathy 17, Boone 14, and Michael Cuddyer 11.

Juan Castro was at shortstop.  He was the regular there for the first half of the season, but at this point he was just about to lose the job to Jason Bartlett.  Castro played a few more games at short, 73 to 68.  Punto played 34 games there and Rodriguez 10.  One of those ten is this game, as will be seen below.

Lew Ford pinch-hit for Castro in the eighth.  Rodriguez then entered the game at shorstop.

The Twins had a very good bullpen, with three relievers with ERAs under three, Joe Nathan, Jesse Crain, and Juan Rincon.  Two more were under four, Guerrier and J. C. Romero.  I know ERA isn't all that in evaluating relivers, but still, that's pretty good.

This game started a stretch in which the Twins would lose eight of nine.

Rewind Record:  The Twins are 39-39 in Random Rewind games. 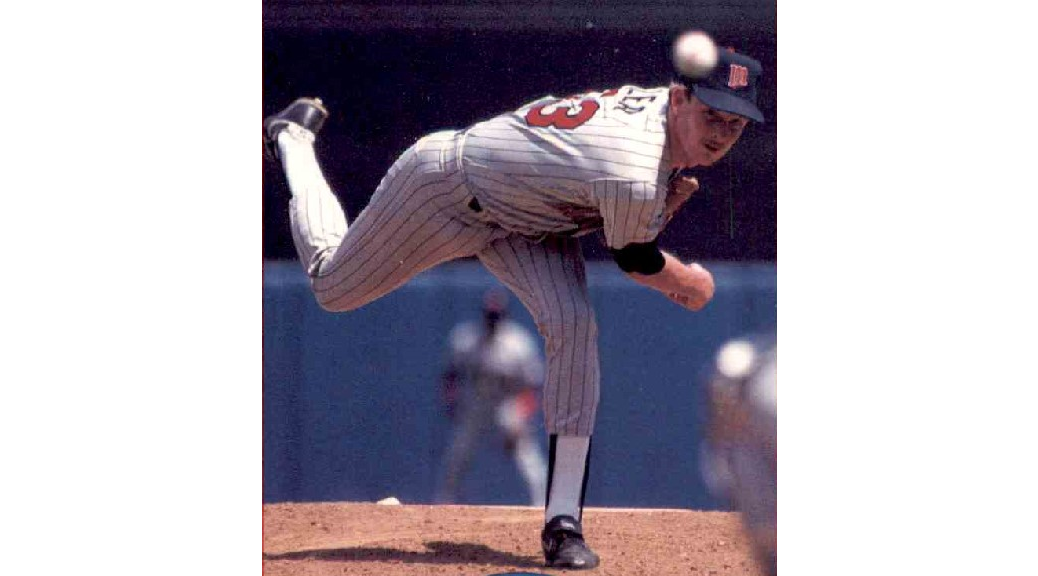 Opposition stars:  Tommy John pitched 5.1 innings, giving up one run on eight hits and three walks and striking out three.  Rickey Henderson was 3-for-5 with two RBIs and three stolen bases (his sixty-fifth, sixty-sixth, and sixty-seventh).  Rafael Santana was 2-for-4.  Ken Phelps was 1-for-4 with a three-run homer, his seventeenth.

The Twins finally got on the board in the sixth.  With one out, Kent Hrbek walked, Gene Larkin singled, and John Christensen delivered an RBI double to make it 3-1.  There were still men on second and third with one out, but there they stayed.  Maybe they're still there, I don't know.  Puckett homered in the seventh to cut the lead to 3-2.  With two out in the eighth, Gagne singled and Bush hit a two-run homer, putting the Twins ahead 4-3.

Juan Berenguer, who had come in to start the eighth, remained in to start the ninth.  He retired Mike Pagliarulo on a fly ball, but walked Don Slaught.  That brought in Jeff Reardon.  He gave up consecutive singles to Jack Clark, Santana, Henderson, and Claudell Washington, putting the Yankees back in front 6-4.  The Twins didn't quit.  In the bottom of the ninth, Harper and Puckett singled.  Gary Gaetti was caught looking, but Hrbek walked to load the bases with one out.  But Larkin hit into a double play and the game was over.

Notes:  Tim Laudner was still the primary catcher in 1988, with Harper as his backup.  Christensen was in right field, where Bush had become the regular after the trade of Tom Brunansky.  Al Newman was at second base in place of the injured Tom Herr.

Bush pinch-hit for Newman in the sixth.  Steve Lombardozzi went to second base, with Bush going to right field.  Mark Davidson replaced Bush in right field in the ninth.  John Moses pinch-ran for Hrbek in the ninth.

I guess the Tom Kelly Twins were quite capable of blowing leads to the Yankees, too.

There are some names up there that I hadn't thought of for a long time outside of their birthday posts.

This was Lea's only season as a Twin, and the last season of his career.  He did okay in this game, but overall was not very good in this season, going 7-7, 4.85, 1.59 WHIP.  He'd been a fine pitcher for Montreal from 1982-1984, but he missed two seasons with injuries and was never the same pitcher again.

The Yankees used three pitchers in the ninth inning.  Shields started the inning and gave up the two singles.  Neil Allen came in and struck out Gaetti.  Righetti then came in to close it out.

New York was 63-49, in third place in the American League East, four games behind Detroit.  They would finish 85-76, in fifth place, 3.5 games behind Boston.