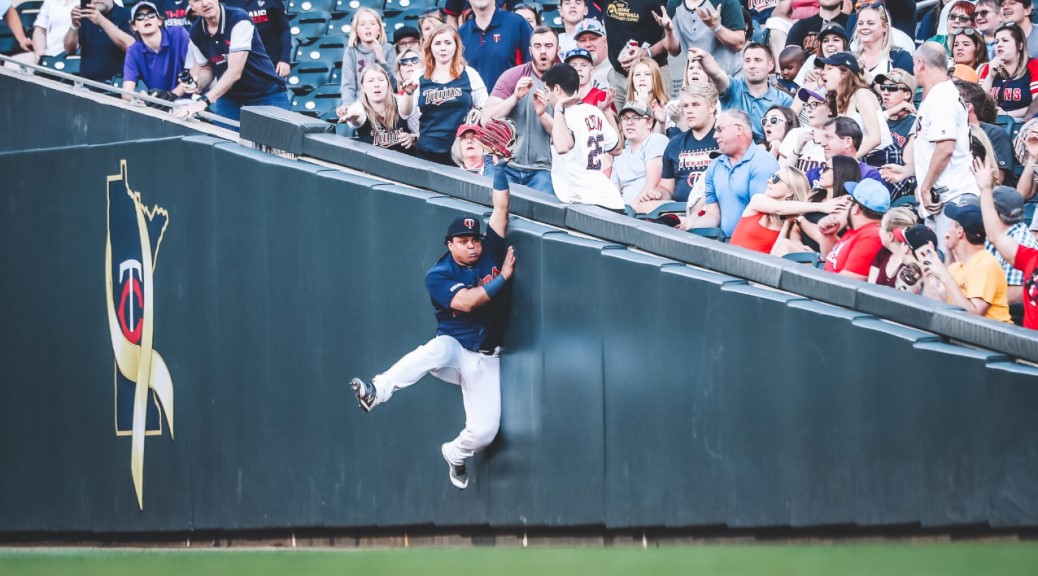 Opposition star:  Willy Adames was 2-for-2 with a home run, his eighth.

The game:  Nobody got on base until Rosario led off the bottom of the second with a double.  With two out, Astudillo delivered an RBI single to put the Twins up 1-0.  In the second, Schoop led off with a home run.  Jorge Polanco and Garver followed with singles, and with one out Rosario and C. J. Cron came through with RBI singles, making it 4-0.  The Twins poured on some more in the fourth.  Astudillo led off with a double and Miguel Sano singled.  With one out, Schoop walked to load the bases, Garver hit a two-run single, Nelson Cruz singled to re-load the bases, and Rosario singled home another run to give the Twins a 7-0 lead.  They got one more in the fifth on a hit batsman, a single, a walk, and a sacrifice fly.  It was 8-0 through five.

The Rays got on the board in the sixth when Adames led off with a home run.  They somewhat got back into the game in the seventh.  With two out, Travis D'Arnaud singled, Joey Wendle doubled, Michael Brosseau doubled home two, and Brandon Lowe hit an RBI triple, cutting the margin to 8-4.  That was as close as they would get, however, as Tampa Bay went down in order in the eighth and ninth.  The Twins added a run in the eighth on Garver's home run.

Astudillo was in right field, with Kepler in center and Jake Cave on the bench.  Cave came in to play center field in the fifth after Kepler was hit in the elbow by a pitch.*  X-Rays were negative, but he will have an MRI today.  Presumably even if we get good news he will miss a couple of days.  Byron Buxton is eligible to come off the Injured List, but has not yet done so.  I'm glad they're being careful with him, but his wrist injury was apparently worse than we were initially led to believe.  If Buxton doesn't come back that pretty much leaves the Twins with three outfielders, and that's counting Astudillo as an outfielder.  It would not be surprising to see the Twins bring up an outfielder from Rochester.

I don't know where this Twins team was for the last week and a half, but it was good to get them back.  Stringing hits together, getting a couple of long balls, getting good starting pitching for six innings, even getting good relief pitching.  One game doesn't mean much, of course, but we can hope this Twins team sticks around for a while.

Record:  The Twins are 51-27, in first place in the American League Central, 8.5 games ahead of Cleveland.