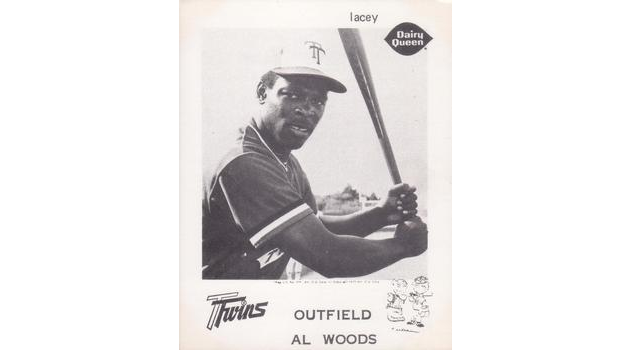 Opposition stars:  Robin Yount was 3-for-5 with a home run, his fifth.  Jim Gantner was 2-for-4.  Ernie Riles was 2-for-4 with a double.  Bill Schroeder was 1-for-1 with a two-run homer, his fourth.  Mike Birkbeck pitched three shutout innings of relief, giving up two hits and two walks and striking out two.

The game:  Yount led off the game with a home run, but the Twins took over after that.  In the bottom of the first, Puckett singled, stole second, and scored on Gaetti's single to tie it at one.  Brunansky then hit a single-plus-error that scored Gaetti from first and put the Twins up 2-1.

The Twins took a commanding lead in the second.  Mickey Hatcher drew a one-out walk and went to third on Lombardozzi's single.  A wild pitch scored a run and Puckett hit a two-run homer to make it 5-1. Gaetti then doubled and Brunansky hit a two-run homer, giving the Twins a 7-1 lead.

The Twins kept adding on.  In the fourth, Lombardozzi singled and scored from first on Gaetti's two-out double.  In the fifth, Kent Hrbek and Mark Salas led off with singles and Woods hit a three-run homer to put the Twins ahead 11-1.

The Brewers got the rest of their runs in the eighth.  A tiring Smithson gave up singles to Gantner and Yount and a two-run double to Charlie Moore.  Allan Anderson came in and gave up a two-run homer to Schroeder before retiring the side.  Milwaukee went down in order in the ninth.

Notes:  Tim Laudner started at catcher in this game, with Salas pinch-hitting in the fifth.  Laudner, Salas, and Jeff Reed divided the catching duties almost evenly:  Salas caught in 69, Laudner in 68, and Reed in 64.

Billy Beane was in left in place of Randy Bush.  Beane actually played quite a bit of left field in 1986--64 games, with Bush playing 90 and Hatcher 45.  Hatcher was the DH in this game, playing in place of Roy Smalley.

With the blowout game, the Twins made quite a few substitutions.  i already mentioned Salas replacing Laudner.  Woods pinch-hit for Beane in the fifth, with Mark Davidson then taking over in left.  Smalley pinch-hit for Hatcher in the fifth and stayed in the game at DH.  Alvaro Espinoza came in at short to replace Greg Gagne in the seventh.

I must confess that I had no memory that the Twins once had a player named "Al Woods" and in checking it appears that I completely missed him in the birthday list.  His birthday is August 8, so I'll try to include him next month.  In checking on him, I do remember him playing for Toronto as "Alvis Woods".  He was an outfielder for them from 1977-1982 and had a few pretty good years.  He had a poor year in 1982, though, and then spent three and a half years in AAA before resurfacing with the Twins for about a month and a half in 1986.  He did well for them, batting .321/.375/.571 in 28 at-bats, nearly all of them as a pinch-hitter.  It was pretty much his swan song, though--he played in Mexico in 1987 and then was done.

I remembered Yount as more of a power hitter than he actually was.  He only had four seasons of over 20 homers, with a high of 29 in 1982.  He had nine seasons in which he did not even reach ten.  Maybe I remember him as more of a power threat because of all the doubles and triples--he hit 583 doubles, twice leading the league, and 126 triples, also twice leading the league.  He did hit 251 homers in his career, and I don't mean this as a criticism of him.  He was a great player.  He just wasn't a big home run guy.

Teddy Higuera was a fine pitcher, and 1986 was one of his best years, but you sure couldn't tell it by this game.  He allowed seven runs on seven hits and a walk in just 1.2 innings.  For the season he was 20-11, 2.79 and finished second in Cy Young voting to Roger Clemens.  From 1985-1990 he was 89-54, 3.34.  He then had injury troubles and was never the same pitcher.  He's largely forgotten now, but for several years he was a pitcher you'd have been very happy to have on your team.

This was one of the last games Ray Miller managed for the Twins.  He would be replaced by Tom Kelly a little over a week later.

This was the last of a three-game winning streak.  The Twins would drop their next five.

Random Record:  The Twins are 52-49 in Random Rewind games. 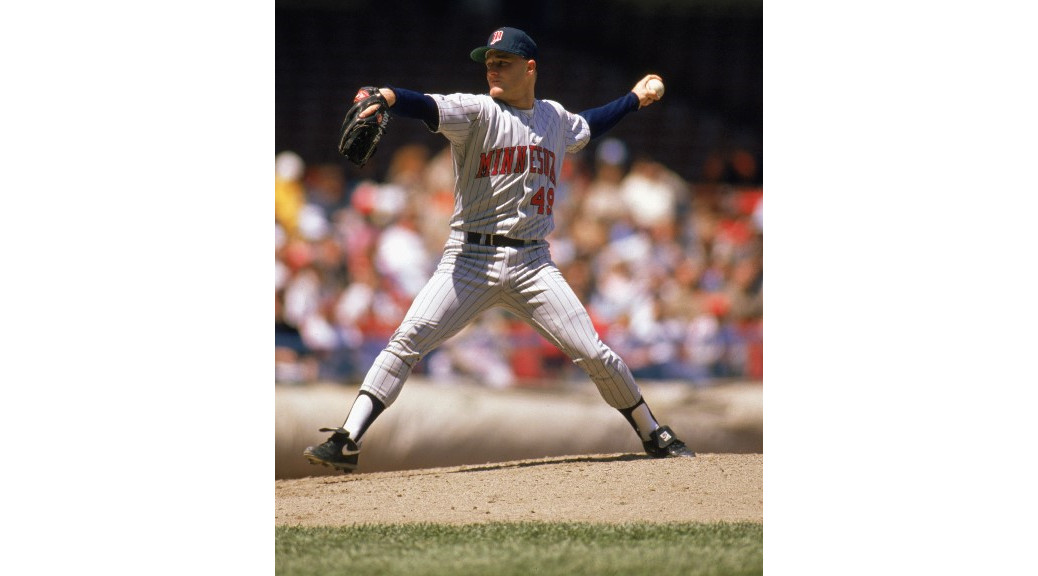 Batting star:  Randy Bush was 2-for-4 with a triple and a stolen base, his fifth.

The Twins got on the board in the third when Kirby Puckett doubled and scored on a Gary Gaetti single.  But it was all downhill from there.  In the fifth Brett Butler doubled, went to third on a fly ball, and scored on a balk.  The Indians put the game out of reach with four runs in the sixth.  Jacoby singled, Bell walked, and Bando singled to load the bases.  Nixon had a two-run single, Butler had a sacrifice fly, and Franco had an RBI single.  Cleveland led 9-1.

With two out in the eighth Butler was hit by a pitch, Franco singled, and Carter hit a three-run homer.  The Twins got a couple of runs in the ninth.  Mickey Hatcher singled, Bush tripled, and Ron Washington had an RBI ground out.

Notes:  A meaningless game at the end of a lost season.  Ray Miller was fired as manager in mid-September, with Tom Kelly taking over.  The Twins had long since been eliminated from the playoffs by this time.

Puckett was still a leadoff batter at this point.  Hatcher played first base in place of Kent Hrbek.  Jeff Reed was behind the plate, with Mark Salas at DH and Roy Smalley out of the lineup.  The Twins used three catchers about evenly in 1986:  Salas (69 games), Laudner (68), and Reed (64).  Alvaro Espinoza was at second base in place of Steve Lombardozzi.

The Twins made numerous substitutions.  Washington replaced Gaetti at third base in the seventh.  Mark Davidson replaced Tom Brunansky in right field in the seventh.  Laudner replaced Reed at catcher in the eighth.  Lombardozzi went to second in the eighth, with Espinoza moving to short and Greg Gagne coming out of the game.  Billy Beane went to left field in the eighth, with Bush moving to right, Davidson to center, and Puckett coming out of the game.

Anderson was the Twins' starter.  He lasted only three innings, giving up four runs (three earned) on six hits and no walks and striking out two.  Other pitchers used in the game were Roy Lee Jackson, Bill Latham, Atherton, and Ray Fontenot.  This was Anderson's rookie season.  He made 10 starts and 11 relief appearances, going 3-6, 5.55, 1.61 WHIP in 84.1 innings.  When you look at his ERA title in 1988, it really looks like a fluke--his ERA was 2.45 that year, 3.80 in 1989, and well over four in every other season.  He got a lot of criticism for sitting out the last game in 1988 to preserve his ERA title, but it's really the only thing he accomplished in his career, so I say good for him.

The leading batter for the Twins was Puckett at .329.