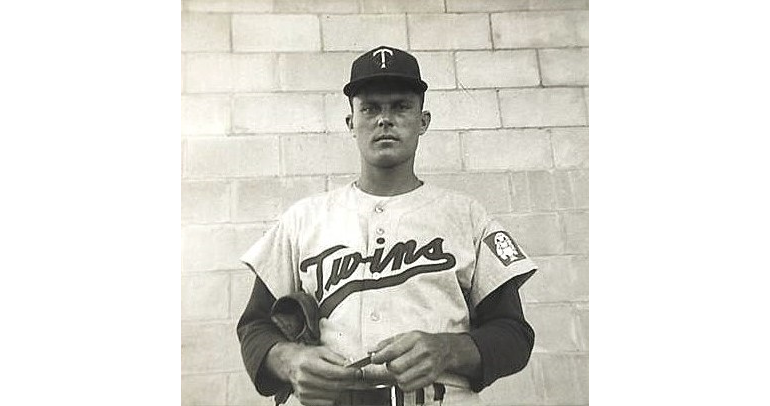 Pitching star:  Bill Zepp pitched 1.1 scoreless innings, giving up one hit and striking out one.

The game:  Tovar led off the game with a double, was bunted to third, and scored on Killebrew's single.  Oliva and Rick Renick followed with singles, plating another run, and an RBI ground out made it 3-0 Twins.  The Senators put men on first and second in both of the first two innings, but did not score until the third, when singles by Stroud, Howard, and Reichardt brought home one run and an RBI ground out cut the lead to 3-2.

Dave Boswell led off the fifth with a double but was stranded at third.  In the bottom of the fifth Maye walked, Stroud doubled, and Howard was intentionally walked, loading the bases with none out.  All Washington got out of it was a sacrifice fly by Reichardt, but it tied the score 3-3.

The Twins had two out and none on in the sixth when Brant Alyea walked.  George Mitterwald singled and Frank Quilici walked, loading the bases.  Bob Allison then pinch-hit for Tom Hall, prompting Ted Williams to take out George Brunet and bring in Dick Bosman.  Bill Rigney then pinch-hit Reese for Allison, and Reese responded by hitting a grand slam, putting the Twins ahead 7-3.

Each team missed a chance to score in the seventh.  In the eighth Rodriguez led off with a double and scored on Eddie Brinkman's single.  Jim French walked and a passed ball moved the runners to second and third.  A sacrifice fly cut the lead to 7-5, but still, the Twins had a two-run lead going to the ninth with Ron Perranoski pitching.  But with one out in the ninth Rodriguez singled, Brinkman walked, and French singled, cutting the margin to 7-6.  Del Unser lined to second, but Maye delivered an RBI single, tying it 7-7 and sending the game to extra innings.

With one out in the eleventh, the Twins hit five consecutive singles to score three runs.  Cardenas, Killebrew, Oliva, Charlie Manuel, and Jim Holt all singled, giving the Twins a 10-7 lead.  Jim Kaat came in to pitch the bottom of the eleventh.  With one out, pitcher Joe Coleman walked.  The next man went out and there followed what appeared to be a game-ending grounder to third, but an error on Killebrew kept the game alive.  Howard then hit a two-run double to make the score 10-9.  Reichardt was intentionally walked, and Steve Barber came in to face Dave Nelson.  He got him to fly to center to end the game.

Holt pinch-ran for Alyea in the sixth and stayed in the game in left field.  Minnie Mendoza pinch-hit for Zepp, but after a pitching change Charlie Manuel pinch-hit for Mendoza.

It's very rare that you see a pinch-hitter for a pinch-hitter these days, because teams just don't have enough players on the bench.  The Twins did it here twice in the same game, and both times it paid off.

The Killebrew error in the eleventh emphasizes why the Twins usually put in a defensive replacement for him when they had the lead.  In this game, however, they had no one left on the bench to use.  The Senators allowed Joe Coleman to bat in the eleventh for the same reason, and it paid off for them as he walked.

The Twins had done their best to make sure Frank Howard did not beat them, walking him four times.  He nearly beat them anyway, as they did pitch to him in the eleventh and he drove in two runs with a double.  The Twins did not walk him there because it would have brought the winning run to the plate in the person of Reichardt.  Reichardt was no Howard, but he did hit double-digit home runs six years in a row, with a high of 21 in 1968, so it's understandable that the Twins would not want him to come up as the winning run.

In the Twins connection report, Bernie Allen was 0-for-2, Johnny Roseboro was 0-for-1.  Shellenback pitched two shutout innings, and Joe Grzenda allowed three runs in 1.1 innings.

Kaat had pitched 5.1 innings on June 4.  This was his first relief appearance of the season, and it obviously did not go well.  He would next pitch June 9.  We'll see how well that one goes.

Record:  The Twins were 35-14, in first place in the American League West, three games ahead of California.