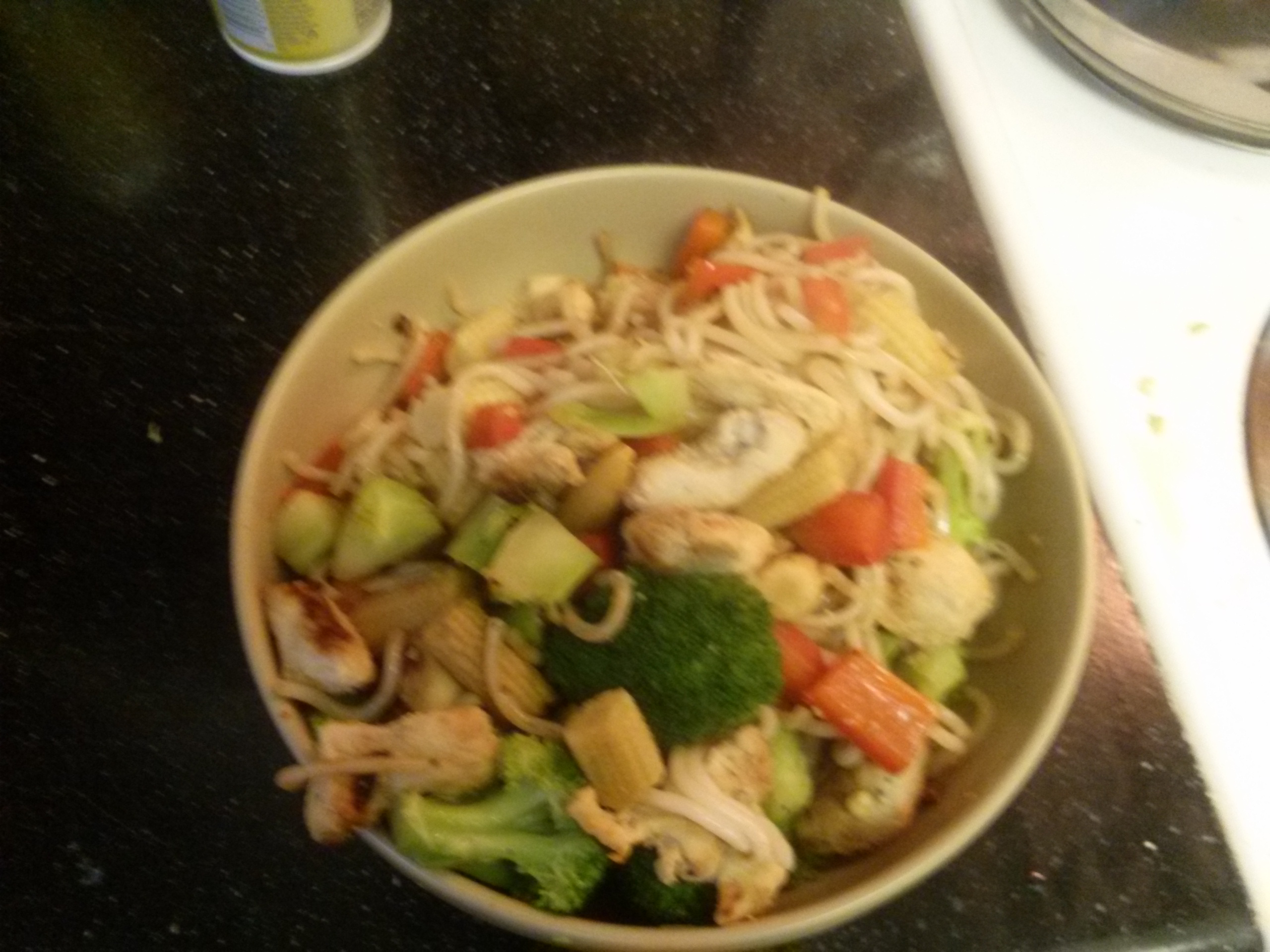 Hot on the heels of my wildly popular Mexican Tuna Melt, I thought I'd share tonight's dinner as well. Whereas the last one was the result of my raiding the pantry for anything that might plausibly go together, this meal was planned well in advance. Originally, I was going to be cooking for a dinner date, but things got postponed. But that was not going to stop me from having this delicious meal.
Unfortunately, I didn't think to make a post and start taking pictures until after I got started, so I don't have any pictures of the chicken actually marinating. All you get is a picture of the marinade ingredients. 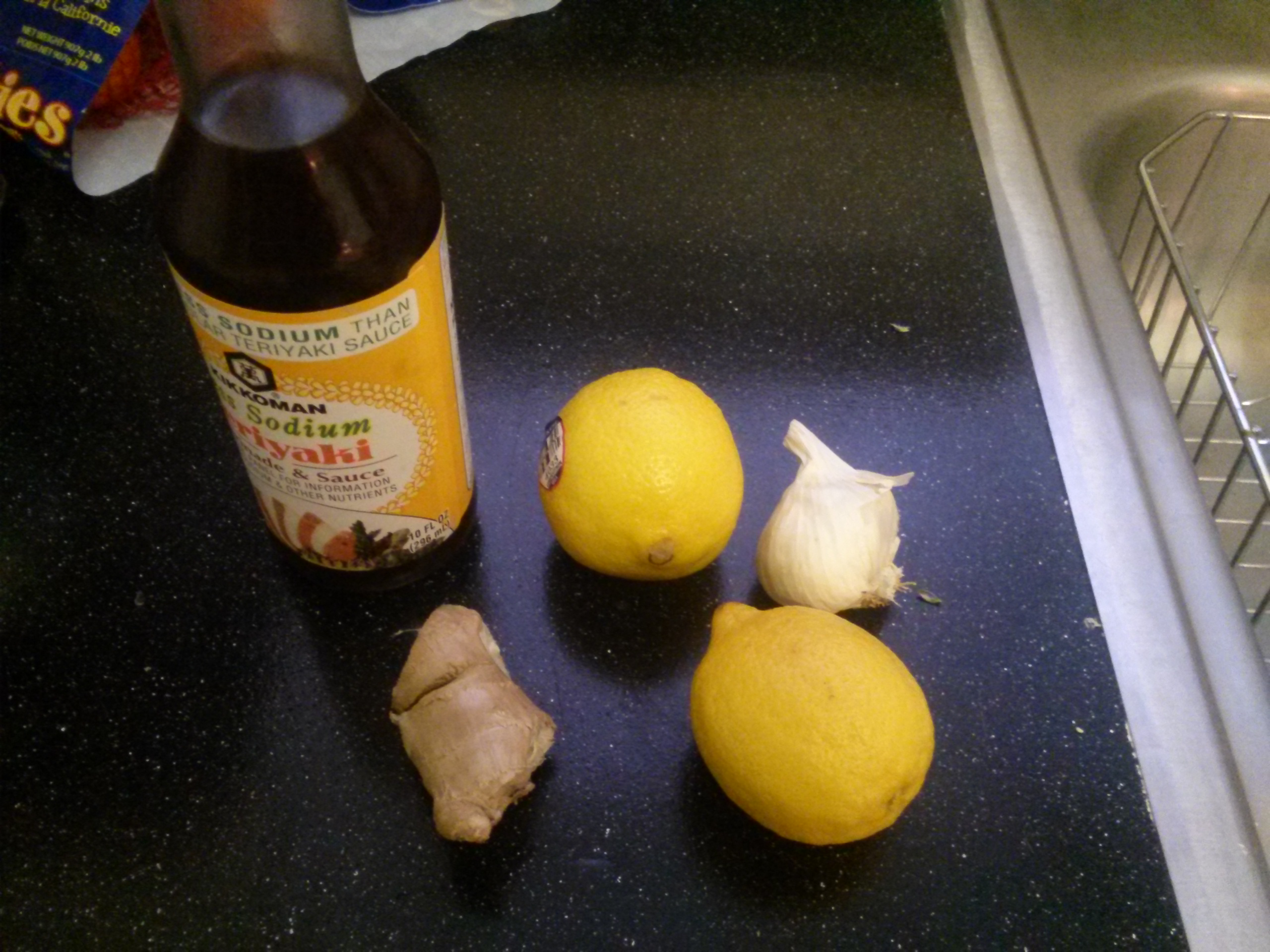 It's a simple marinade - the juice of two little lemons, a few cloves of garlic, some chopped ginger, and just a splash of teriyaki sauce. I went light on the teriyaki since I was adding some to the finished dish, I didn't want to have too much at the end. Put two chicken breasts, cubed, into a ziploc bag and pour this over it.  Leave in your fridge for two days. This marinade came out fantastically - a nice sharp lemon bite with garlic and ginger undertones. 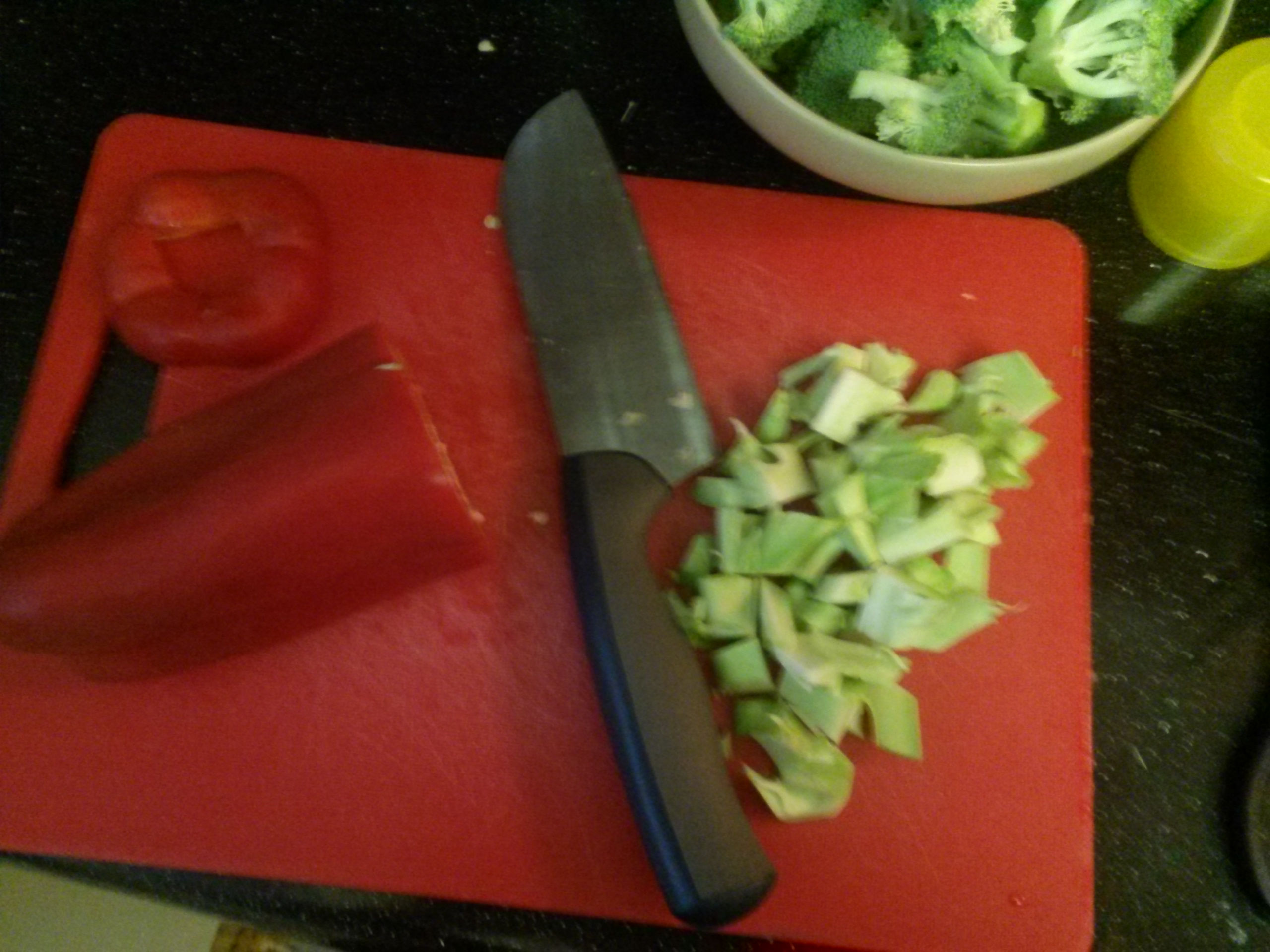 Before you can get the chicken going, cut up some veggies. I went with a head of broccoli, a red pepper and a can of baby corn. I like broccoli stalks, but if you don't feel free to exclude them. While you're cutting, get a big pot of water boiling to steam the broccoli heads. 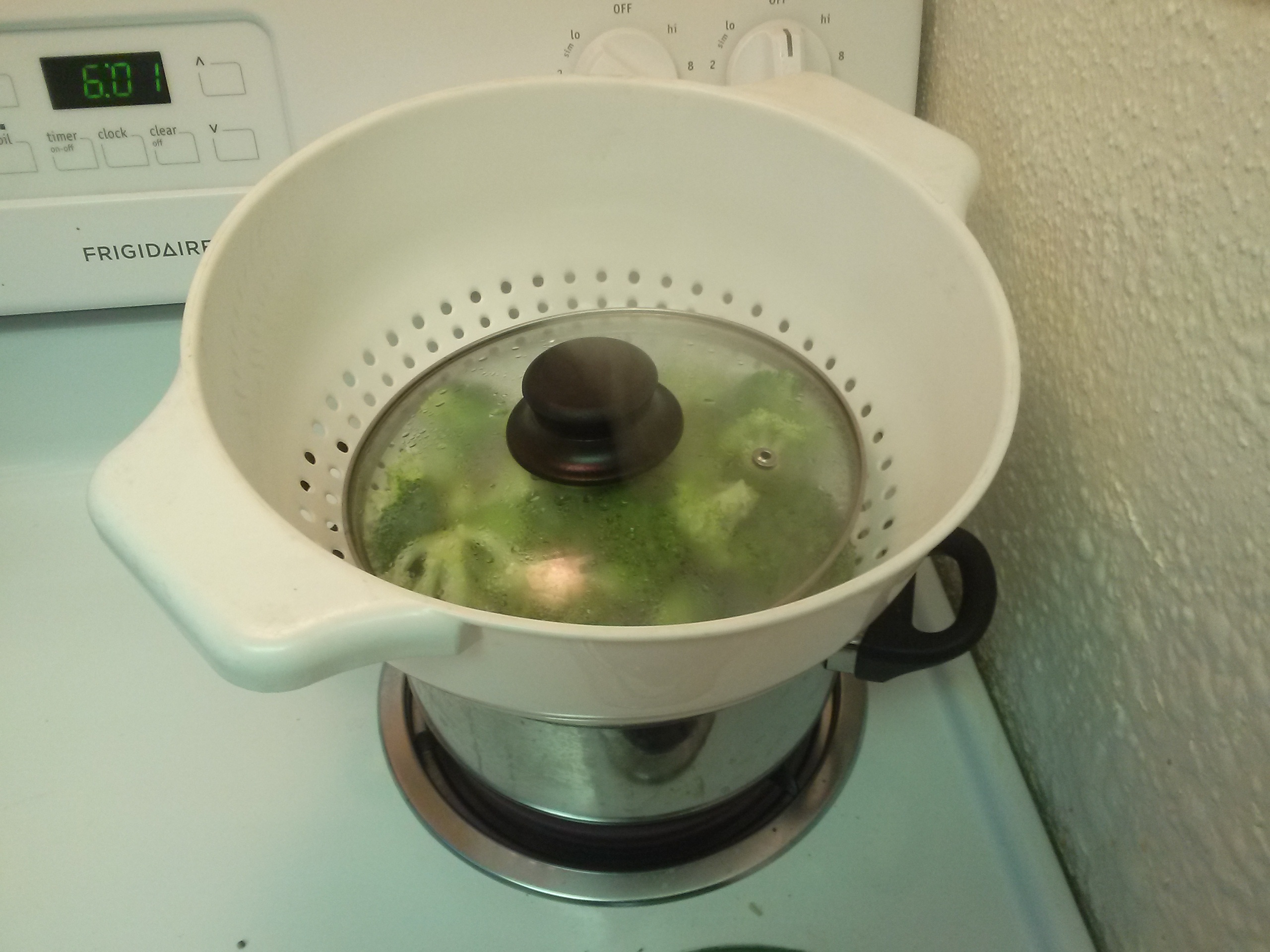 I don't actually have one of those steamer tray things, so I had to make do. Ok, so maybe this post is still a little bachelor-y. 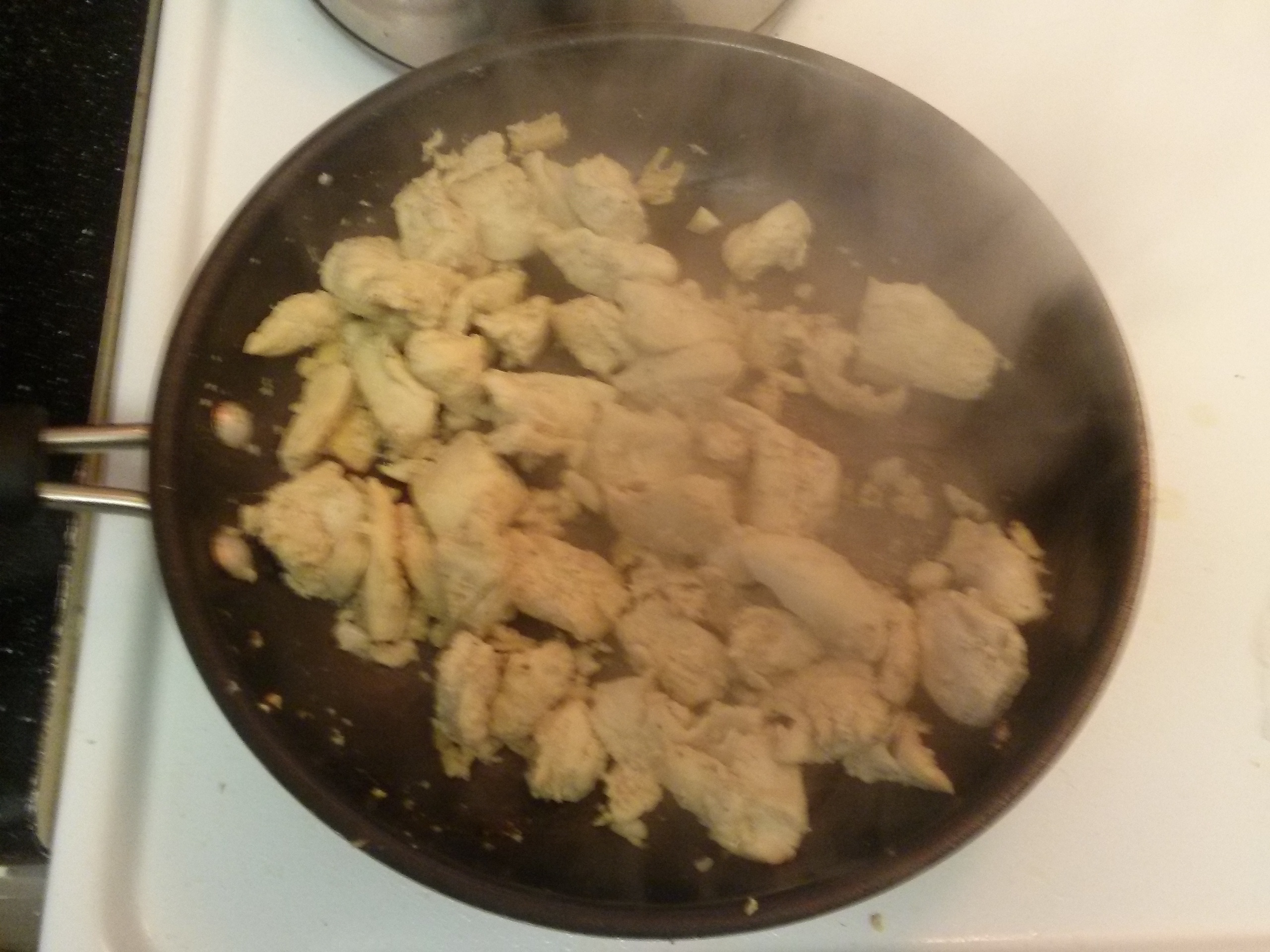 Get your biggest pan (what I would have given for an actual wok) in this scenario nice and hot (+/-7 on my stove) and plop that chicken in there. 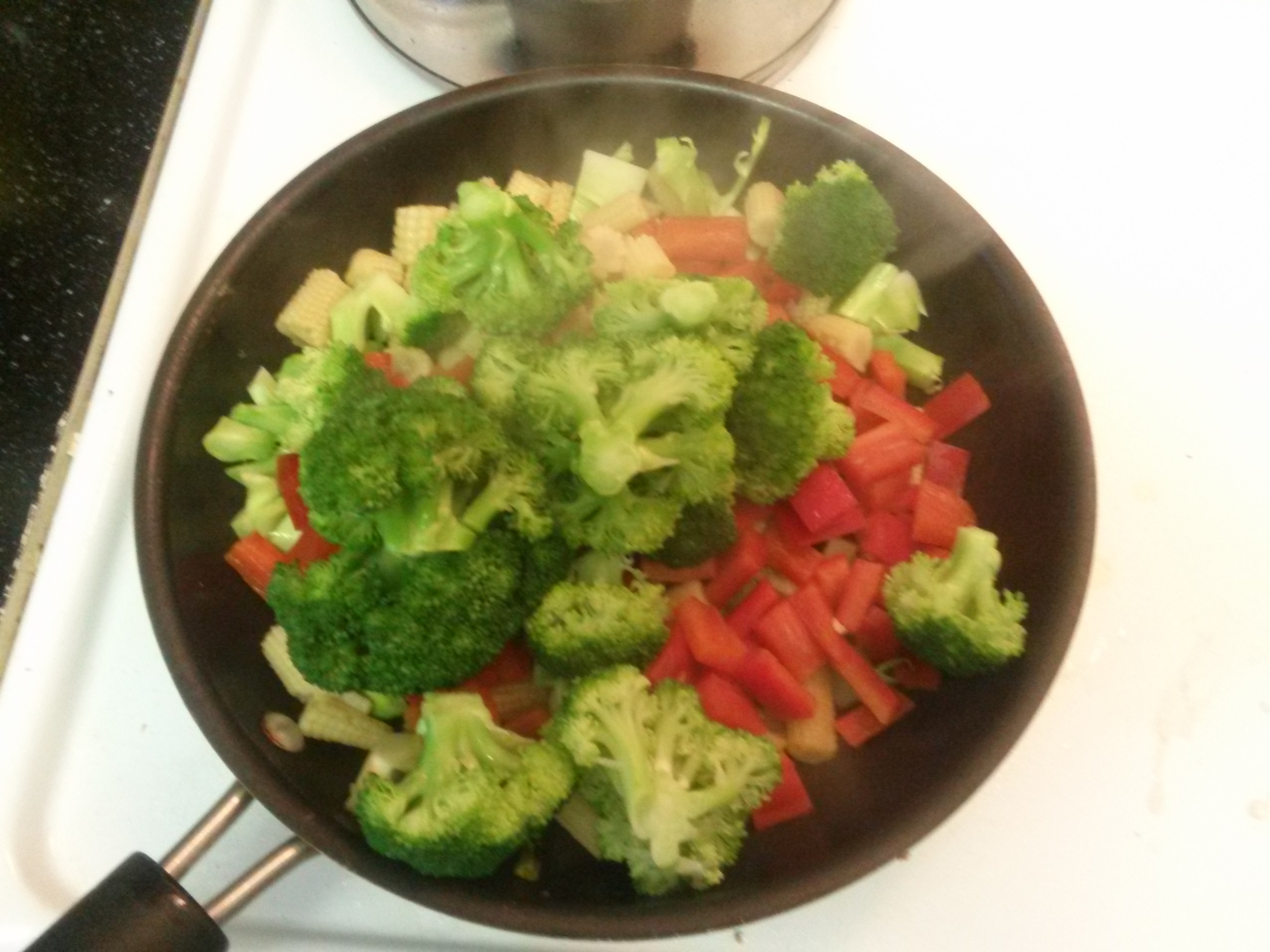 After the chicken is done, put it aside in a bowl. Add your veggies, being careful to make sure you add them in an order where they'll all be done at the same time. For me, that was broccoli stalks, then baby corn, and red pepper. I only put the steamed broccoli heads in there for a quick toss to get them nice and mixed in.

I heated the noodles in the pan for about a minute (too short a time to get a pic), then put back in the chicken and veggies. A small dash of teriyaki to taste and you're set.

Man, oh man, did this come out great. See, I told y'all I could cook a little. I just need the right motivation. Too bad my date postponed, she doesn't know what she missed.