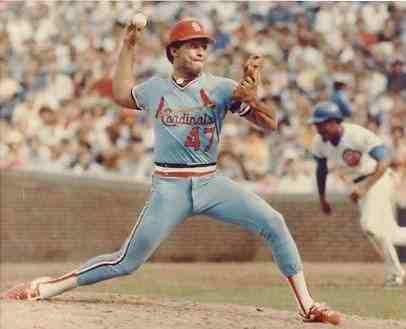 Last night's win was the Twins' 67th of the season.  That's more than they had last year and the most they've had since 2010.  So huzzah, I guess.

Last night's game was exactly the kind of game we haven't seen much of this year, especially in the last couple of months.  Good starting pitching, good and timely hitting, and the bullpen--well, the bullpen didn't exactly blow people away, but nobody was pounded, either, and there was enough cushion that it didn't matter.

The good Kyle Gibson made a welcome return after a lengthy absence.  Last night's game was the best he's had in over a month:  seven innings, one run, seven hits, no walks, eight strikeouts.  If we see this version of Kyle Gibson more often, we might win 68, 69, even 70 games next season.  As Joaquin Andujar told us, you never know.

The offensive star of the game was Trevor the Plouffe, who went 4-for-4.  His 4-for-4 had remarkably little impact on the game--he scored once and did not drive in anyone--but that's not really his fault.  Plouffe will never be a star, but he's made himself into a solid, reliable, major league ballplayer, and that's nothing to take lightly.

Every time Oswaldo Arcia starts against a left-hander, Cory Provus tells me that the Twins don't want Arcia to be a platoon player, they want him to be an everyday player.  Well, I want him to be an everyday player, too.  I also want world peace, Ricky Nolasco to win twenty games for the Twins, and someone to make a big donation to the Gettysburg church to finish paying for our addition.  Unfortunately, things don't happen just because you want them to.  I don't have a problem with playing Arcia against left-handers right now, because the Twins are going nowhere anyway, Arcia's still young enough to improve, and he's not going to learn to hit left-handers if he doesn't bat against them.  But so far, his career line against left-handers is .226/.270/.357.  That's not very good.  He's not showing improvement so far, either--his numbers against left-handers are worse in 2014 than they were in 2013.  I want him to be an everyday player, and maybe he still can be, but at some point the Twins may need to recognize reality.

Dazzle was in rare form even for him last night.  Just in the bottom of the sixth, he told us that "Brian Dozier is atop the leaderboard in runs scored behind Mike Trout", "Jose Abreu leads the league in rookies", and twice referred to Danny Santana as "Johan Santana".  He didn't bother to correct any of these things, and I don't think he even noticed his mistakes.  I know it's been a long season and I know he's Dazzle, but it seems like it's not too much to ask for a major league broadcaster to at least be coherent.

So today's the last home game of the year.  We have five games left, which means we are most likely seeing each starting pitcher for the last time this season.  Not that it matters a lot, but I would think a pitcher would really like to have a good last game of the season, something positive to carry into next year.  The Twins will send Staff Ace Phil Hughes out to try to get his sixteenth win.  Arizona counters with Vidal Nuno, who has actually pitched several good games for the Diamondbacks and has nothing to show for it:  he's 0-6, but with an ERA of 3.78 and a WHIP of 1.07.  Nothing personal, Vidal, but I'm really hoping your bad luck continues one more day.  Five games left means we can count the number of Twins losses remaining on one hand.  Actually, we can count them on no hands, because there aren't going to be any!  We're still on track for 72-90.