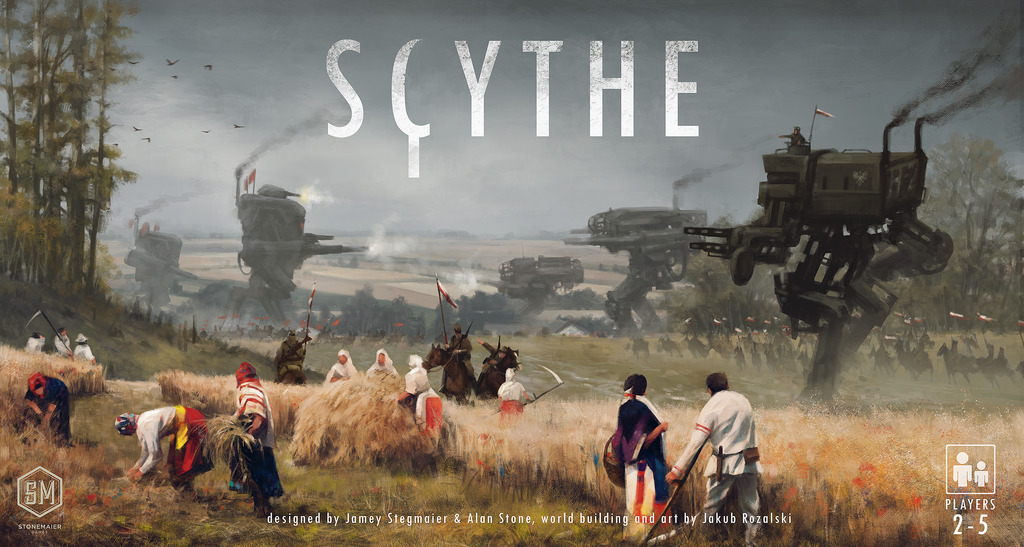 Geekway to the West is a 4-day Board Game Convention held in St. Louis around the middle of May.   This year I got to go for my second time in three years.  I logged in playing 16 amazing games over a three day span (I didn't stay Sunday).  I wanted to give a quick rundown on the games, along with a few good stories.

Forbidden Stars -  Shouldn't have started with this one.  Very complicated.  Ended up stopping early.

XCOM: The Board Game - Neat cooperative game controlled by an app.  Dug this one, would like to play it again.

Medieval Academy - Dull card drafting game where you are trying to be ahead of everyone else on a number of tracks.

Boomtown Bandits - My biggest surprise.  Western Themed game where you are trying to rob different locations.  You roll dice in place of gunfights.

Commissioned - Cooperative game where you play one of the apostles spreading the gospel throughout the Mediterranean.  Much better than you'd imagine a Bible game to be.

Mysterium - Dixit meets Clue.  One player is the ghost trying to give the other players clues as to whodunit.

Codenames - Party style game where two teams compete to see who can find their agents (with clues given by the spymaster) first.

Spyfall - Party style game where most of the players are trying to find the spy, and the spy's trying to figure out just where he is.

Tsuro - Simple game about staying on a path longer than your opponents.

La Granja - A mix of Agricola and Stefen Feld.  You're a farmer looking to create the best farm.  Neatest part is the cards which each have four possible purposes.

Scythe was the most sought after game of Geekway.  The kickstarter was last fall and it's due to be out this summer.  They were giving away one copy in the Play and Win contest.  However, EVERYONE wanted to play this game.  There was a sign up sheet, and it's only by the grace of my friend getting there early on Thursday that we got on the list high enough to get a chance to play.  The bummer is that the friend who got us on the list, didn't get to actually play the game.  Highlight of the game was the main creator of the game (Jamey Stegmaier) coming by to ask how we liked the game and if we had any questions.

The game plays on a set map, there's five factions that all have a specific starting space.  The map is a hex grid and the hexes have different resources like wood, metal, oil and food.  There's also villages that help you produce more workers.  You have a character piece that can engage in battle, visit the factory (which gives you some extra abilities) and have encounters (which give you a choice between three different benefits.)  There are also mechs that you can deploy that also help in battle and carry workers to different locations.  The action is dictated by the player boards, all of which are different for each player.  (All players have the same actions though, it's just different how they work together).  The board is split into 4 sections, each section with a top action and a bottom action.  The top typically give some benefit, whereas the bottom allows to you to a special action using one of the four resources.  The goal is to end the game with the most money.  The game ends when someone has played 6 stars on the accomplishment board.  There are several different ways to get a star, including winning combat, completing an objective, achieving maximum popularity or power, and deploying all your mechs, among others.

Now, it could be all the hype.  This game has been pretty hyped up for a while, ever since the box art was released.  So there are some pretty high expectations.  However, I loved playing this game and have not been able to stop thinking about it since.  The world created here is really cool, and the mechanics of the game all work together in such an intricate way.  I want to play all the different factions and I even want to try the solo player automa version.  I'm kicking myself for not backing the Kickstarter campaign, as all of the Collector's Editions are sold out.  I'll take the base version at this point.  I'm even considering doing the print and play to get to play it sooner (yes, there is a free print and play version linked on the Stonemaier website).  I predict that this game will be on many "Best of 2016" board gaming lists.

One other quick funny story happened when we were playiing Spyfall.  In the game, there is one spy, and the rest of the players have a card with the name of a location.  The spy is trying to figure out the location, the others are trying to find the spy.  This is done by asking questions.  My friend asked me the first question in one game, "How did you get here?"  I answered "I drove." He immediately called me out as the spy because the location was the Holy Crusades.

The con was a great time of board games, friends, and fun.  The Play and Win gave us motivation to try lots of new games, and everyone was super friendly, especially the people who came and taught us Twilight Imperium and Scythe.

If you haven't been to a gaming con, I highly recommend them.  If you're in ST. Louis (Rhu) I definitely recommend Geekway, and get your tickets early.  There's also the ever popular Gen Con in Indy, Origins in Ohio, BGG.Con in Dallas, and many many others.

What have YOU been playing lately?

10 thoughts on “The Games We Play: PunMan Goes to Geekway”