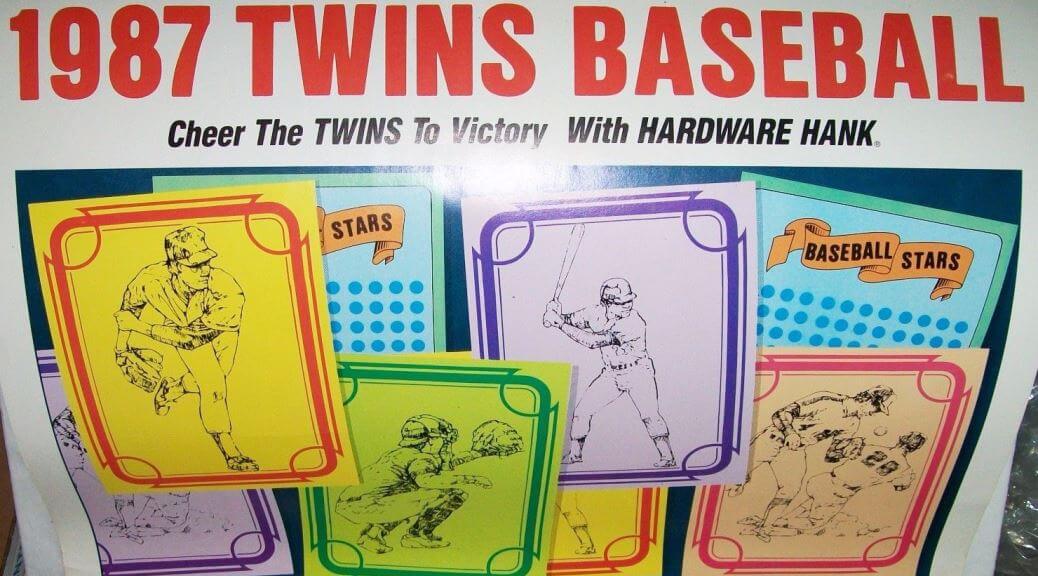 Opposition stars:  Fred Lynn was 1-for-4 with a grand slam, his fifth homer.  Larry Sheets was 1-for-1 with a three-run homer, his third.  Dave Van Gorder was 1-for-2 with a home run and a walk.

The game:  A walk and four consecutive singles plated four third-inning runs for the Twins.  The lead was cut to 4-3 after five, but Lombardozzi doubled home a run in the sixth and the Twins scored two in the eighth to go up 7-3.  Starter Frank Viola was still pitching into the eighth, but was replaced by Keith Atherton after a leadoff walk.  He retired the first two batters, but a single and a walk loaded the bases and Jeff Reardon came in.  Lynn greeted him with a grand slam to tie the game.  The Twins went down in order in the top of the ninth.  In the bottom of the ninth, with Reardon still pitching, the Orioles opened the inning with a pair of singles.  The next batter flied out, but Sheets hit a pinch-hit three-run homer to win the game for Baltimore.

Record:  The Twins were 17-15, in fourth place, a half-game behind California, Kansas City, and Seattle.

Notes:  Al Newman was at shortstop, with Greg Gagne on the bench...Dan Gladden was the DH, with Roy Smalley out of the lineup...Laudner played first base and batted fifth for some reason...Brunansky was in left field, with Mark Davidson in right.

Player profile:  1987 was by far the best year Larry Sheets ever had.  He hit .316/.358/.563 for an OPS of .921.  His next best OPS was .805, which he had the year before.  A Virginian, he was drafted by Baltimore in the second round in 1978.  He left baseball after the 1980 season, unsure what he wanted to do with his life.  He returned in 1982 and spent the season in Class A.  He was in AA in 1983 and AAA in 1984, getting a September call-up in '84.  He stayed with the Orioles through 1989.  A left-handed batter, he was a platoon DH through 1986, but gradually played more outfield and was pretty much a regular in the lineup in 1987 and 1988.  His 1988 season, however, fell off sharply from 1987, and when he did not rebound significantly in 1989 he was traded to Detroit after the season.  He did somewhat better as a part-time player for the Tigers in 1990, but was allowed to become a free agent after the season.  He apparently did not play in 1991, played in Japan in 1992, played in AAA for Milwaukee in 1993, and was traded to Seattle in early September of that season.  He did little for the Mariners in September, however, and his playing career came to an end.  His son Gavin was drafted in the thirty-seven round by Atlanta in 2014, but chose to go to Wake Forest and play baseball there instead.  At last report, Larry Sheets was a high school baseball coach in Baltimore.