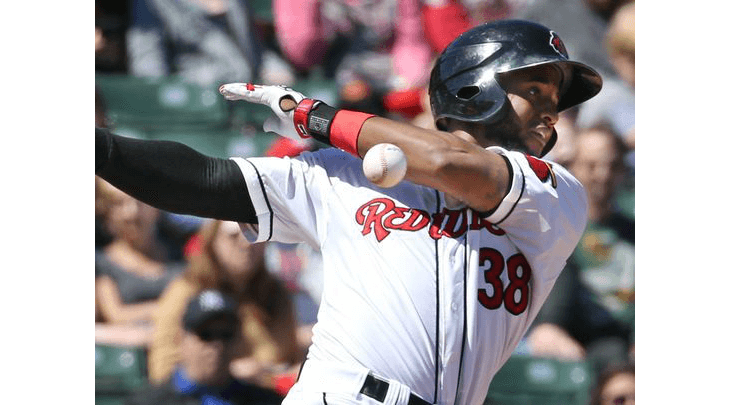 A late rally falls short for the Red Wings.  Matt Tracy pitches well in a Lookout loss. Lots of hits, but only one run for the Miracle.  Another good game for Sean Poppen.

The Bulls scored three in the first and never trailed.  They opened the inning with two singles and a walk.  The next two batters went out, but a hit batsman and a two-run single made it 3-0.  None of the singles was hit very hard, but that's how it goes sometimes.  It was 6-0 until the Red Wings finally broke through with three in the eighth.  They brought the tying run up to bat in that inning, but ByungHo Park struck out and Rochester never got as close again.

Nik Turley probably pitched better than his numbers indicate.  He struck out seven in 6.1 innings, but allowed five runs on eight hits and a walk.  Niko Goodrum was 3-for-4 with a double.  Leonardo Reginatto was 2-for-3 with a double and a walk.

Nick Basto homered in the first and Alfredo Gonzalez homered in the second to give the Barons a 2-0 lead.  It stayed 2-0 until the seventh, when the Lookouts opened the frame with back-to-back doubles by Ryan Strausborger and Dan Gamache to make it 2-1.  Chattanooga could do no more, though, and Basto doubled home an insurance run in the eighth.  The Lookouts went 1-for-11 with men in scoring position.

Matt Tracy pitched well in defeat, going seven innings and giving up two runs on five hits and a walk with four strikeouts.  Strausborger was 2-for-3 with a double.

Will Craig hit a two-run homer in the first and the Marauders got two more in the second to take control of the game.  The Miracle got their lone run in the ninth on two singles, a walk, and a hit batsman.  They actually had the tying run up to bat with two out in the ninth, but Sean Miller struck out to end the game.

Brady Anderson pitched well after the second inning, but his line reads five innings, four runs, nine hits, two walks, and three strikeouts.  Michael Theofanopoulos struck out three in a scoreless inning.  Max Murphy and Nelson Molina were each 3-for-5.  Daniel Kihle was 2-for-3 with a double.  Zander Weil was 2-for-4.  Trey Vavra was 0-for-4 to drop his average to .094.  The top three men in the Fort Myers batting order went a combined 8-for-14 with a walk, but got only one run and no RBIs.  The Miracle stranded thirteen baserunners.

Leading 3-0, the Kernels scored five in the fourth to put the game out of reach.  Travis Blankenhorn hit a two-run triple in the inning.  The River Bandits scored their lone run in the seventh.