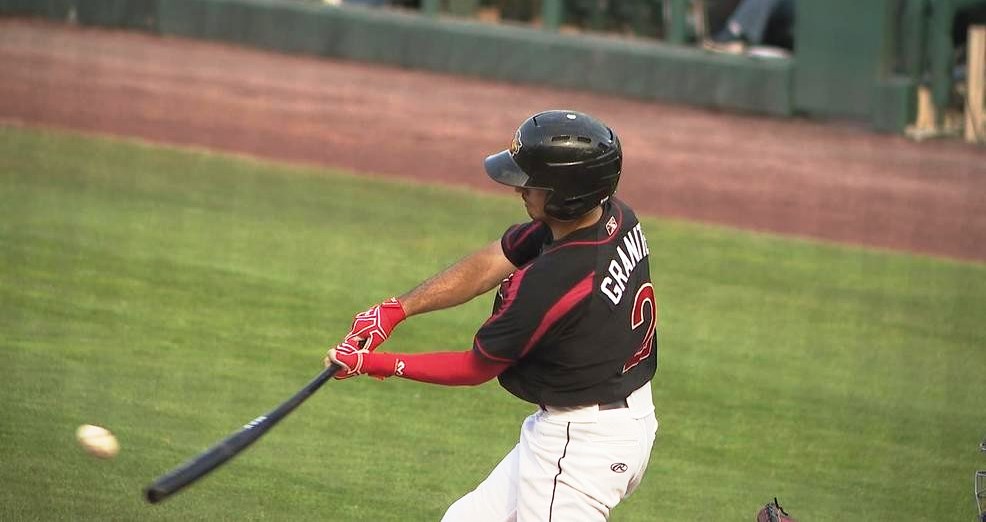 Zack Granite's RBI single in the fourth inning tied the score 2-2.  In the seventh, ByungHo Park delivered a two-out single to bring home the go-ahead run.  The Bisons got men to first and second with none out in the ninth on consecutive hit batsmen, but three strikeouts ended the game.

Nik Turley struck out six in five innings, giving up two runs (one earned) on three hits and two walks.  D. J. Baxendale pitched two shutout innings.  Michael Tonkin struck out five in two shutout innings, making his ERA 2.50 with 28 strikeouts in 18 innings.  Zack Granite again led the offense, going 3-for-5 to raise his average to .371.  Mitch Garver was also 3-for-5.  Leonardo Reginatto was 2-for-4.  Park was 2-for-5.

A two-run seventh put the Miracle ahead 2-1.  A squeeze bunt tied it 2-2 in the eighth.  In the ninth, Sean Miller hit a one-out double and scored on a Shane Kennedy single to win it for Fort Myers.

Cody Stashak had his third consecutive strong game, striking out eight in 7.1 innings and giving up two runs on six hits and a walk.  Sam Clay struck out two in 1.2 scoreless innings to make his ERA 1.91 with 40 strikeouts in 37.2 innings.  Miller was 2-for-4 with two doubles.  Max Murphy was 2-for-5 and is batting .303.  Kennedy was also 2-for-5.

The Bees scored in each of the first four innings to build a 5-0 lead.  The Kernels got single runs in the fifth and seventh.  They had the tying run up to bat with one out in the seventh, but a pair of ground outs ended the inning and Cedar Rapids never got as close again.

Colton Davis came out of the bullpen to make his first start of the season.  It did not go particularly well, as he pitched three innings and allowed four runs on six hits and no walks with two strikeouts.  Alex Robinson pitched two perfect innings.  Aaron Whitefield hit a home run, his eighth.  Lean Marrero was 1-for-4 to get his average into triple digits at .111.

T. J. Dixon's RBI single put the Twins ahead 1-0 in the second, but the Yankees came back to score two in the third and two in the fourth to take a 4-1 lead.  The Twins got single runs in the fourth and fifth to make it 4-3, but Frederick Cuevas hit a two-run homer in the sixth to put the game out of reach.  The Twins got one in the eighth but never brought the tying run up to bat.

It was 5-3 Orioles after one inning and 5-4 after four.  The Orioles took control from there, scoring three in the fifth, one in the sixth, one in the seventh, and three in the eighth.  The Twins scored four in the ninth on four walks and a three-run double by Royce Lewis to make the final score look better.

Nick Tepesch made a rehab start and it did not go well.  He pitched just two-thirds of an inning, allowing five runs on four hits and a walk with one strikeout, giving him an ERA of 67.50.  Colton Burns was 3-for-5 and is batting .571.  Lewis was 2-for-5 with a double and four RBIs and is batting .444.  Jean Carlos Arias was 1-for-3 with a walk and is batting .500.  Alex Robles made his professional debut, going 1-for-2 with two walks.

Estamy Urena had a two-run triple in a four-run third that gave the Twins a 4-0 lead.  They added two in the seventh without a hit, getting a hit batsman, two walks, and three wild pitches.  The Phillies Red got on the board with two in the eighth and the Twins closed out the scoring with one in the ninth.