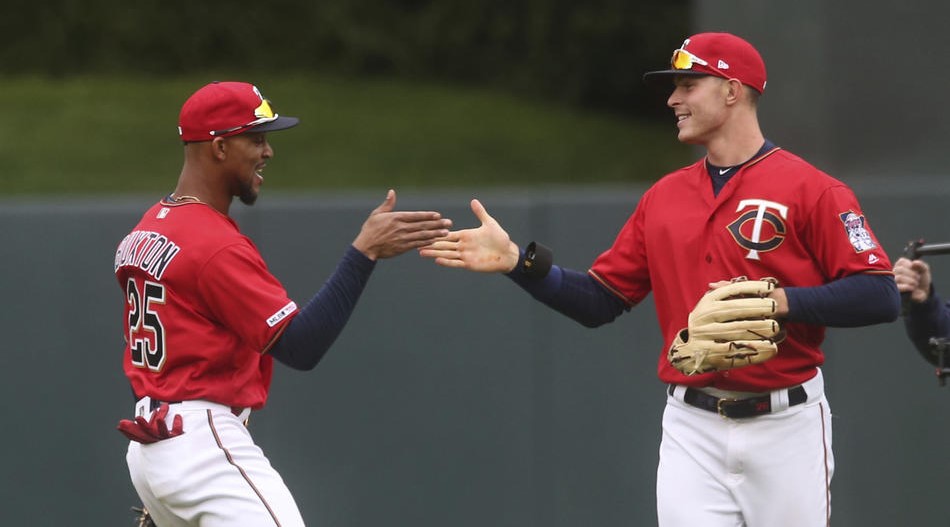 Opposition star:  Chris Davis was 1-for-2 with a home run, his third.

The game:  Jonathan Villar led off the game with a double for the Orioles but did not score.  It cost them, as Kepler led off the bottom of the first with a home run to give the Twins a 1-0 lead.  It went to 4-0 in the third.  Buxton led off the inning with a home run and Kepler followed with a double.  The next two batters went out, but walks to Eddie Rosario and C. J. Cron loaded the bases and Gonzalez delivered a two-run single.

Meanwhile, Gibson was in control.  Through six innings, Baltimore only once got a man to third base.  With two out in the seventh, Davis hit a home run to cut the lead to 4-1, but that was as good as it got for them.  They got only one more hit, a two-out double in the eighth, and did not get the tying run up to bat.

It came as something of a surprise to me that Kepler has seven home runs already.  He must have gotten them when I wasn't paying attention or something.  His career high is twenty, set last year.  One would think he has a good chance of bettering that this season.

This was Gibson's second consecutive solid start.  Both came against Baltimore, of course.  If he can sustain that over his next couple of outings, it will be a really good sign for the Twins' rotation.

In fact, this next week and a half or so will tell us a lot about just how good the Twins are.  They host Houston for four, have three in New York with the Yankees, and then go to Toronto for three.  If they can handle that stretch of games, we just may have something this season.

Record:  The Twins are 16-9, first in the American League Central, two games ahead of Cleveland.