Jack Kent Cooke, better known as the owner of the Washington Redskins and the Los Angeles Lakers, owned the Toronto Maple Leafs baseball team in the International League from 1951-1964.  He made several unsuccessful attempts to bring major league baseball to Toronto and is a member of the Canadian Baseball Hall of Fame.

Lee MacPhail was the general manager of the Baltimore Orioles from 1958-1965 and of the New York Yankees from 1966-1973.  He was the president of the American League from 1974-1983.  He is the son of Larry MacPhail and the father of Andy MacPhail.

END_OF_DOCUMENT_TOKEN_TO_BE_REPLACED 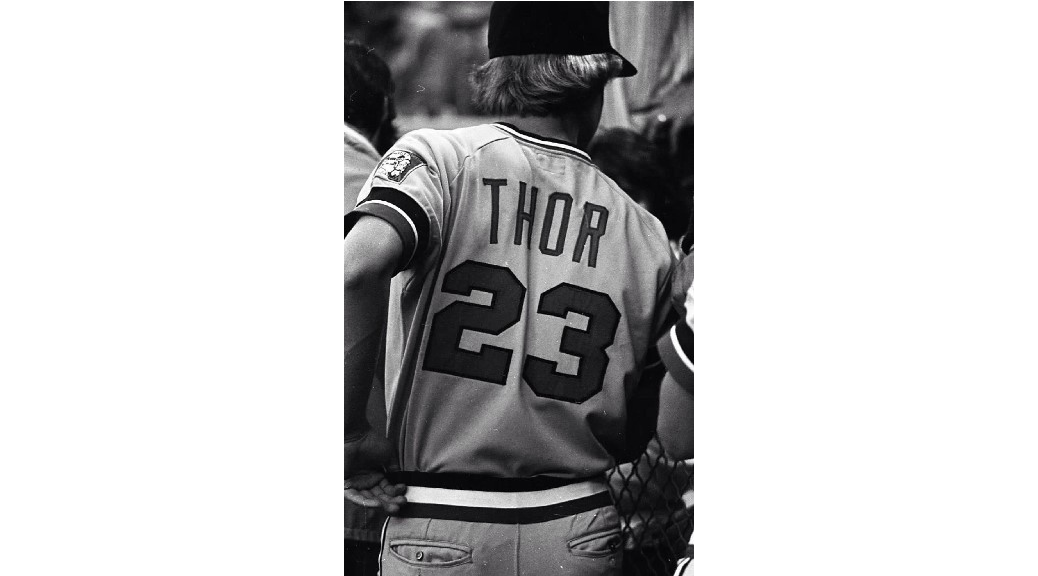 Batting star:  Larry Hisle was 3-for-4 with a home run (his twelfth) and a double.

The game:  The Twins had men on first and third with none out in the second, but Butch Wynegar hit into a 6-2-5-3-6 double play to take them out of the inning.  The Red Sox got on the board in the third when Doyle doubled and Fred Lynn singled.  They made it 2-0 in the fourth when Carl Yastrzemski tripled and Carbo singled.

The Twins got on the board in the fourth when Hisle homered.  Boston got the run back in the fifth on two-out singles by Fisk and George Scott and a wild pitch.  They added a run in the seventh when Doyle singled, stole second, and scored on Lynn's single.  They got one more in the eighth when Carbo doubled, was bunted to third, and scored on a sacrifice fly.

The Twins got their second and last run in the eighth when Wynegar doubled and scored on a pair of ground outs.

Notes:  The only change from their regular lineup is that Jerry Terrell was at third base in place of Mike Cubbage.  Terrell, who had a .295 OBP, was batting leadoff for some reason.  His career OBP was .288, so it's not like he was just in a temporary slump.  What makes it worse is that Lyman Bostock, who was batting .331 with an OBP of .399, was batting seventh.  I know some people say batting order doesn't make a lot of difference, but it seems like you should still try to take advantage of whatever little difference it makes.

Rod Carew was leading the team in batting at .376, despite going 0-for-4 in this game.  He would finish at .388.  For as great a hitter as he was, I don't remember Carew ever having a really long hitting streak.  My memory is that he tended to get his hits in bunches.  Obviously, when you bat .388 you're not getting a lot of 0-for-4s, but I suspect it was not as uncommon as one might expect.

Roy Smalley was batting just .210, and he would finish the season at only .231.  He was twenty-four in this season, and had not yet established himself as a batter.  He would bat .273 in 1978 and would go on to be a productive batter through 1983.

Thormodsgard pitched 5.2 innings, allowing three runs on seven hits and a walk and striking out one.  This was his only full season as a rotation starter.  He went 11-15, 4.62, 1.38 WHIP.  For a twenty-three-year-old who had been jumped from A ball, that's not awful.  It was as good as it would get for him, though.  He started 1978 in the rotation, but in twelve starts he went 1-6, 5.05, 1.49 and was sent back to AAA.  He pitched well in AAA for the Twins in 1978 and 1979 and for Philadelphia in 1980, but he never got another chance at the majors.  I'm sure there were reasons, but it seems like he did enough to deserve more of a chance than he got.  As we've observed many times, life and baseball are not always fair.

Record:  The Twins were 31-19, in first place in the American League West, two games ahead of Chicago.  They would finish 84-77, in fourth place, 17.5 games behind Kansas City.

The Red Sox were 26-23, in third place in the American League East, two games behind Baltimore.  They would finish 97-64, tied for second, 2.5 games behind New York.