Jimmie Reese played in the majors only briefly, but was a coach in the majors or minors for most of his life.  He was Babe Ruth's roommate for a short period and uttered the famous line that in reality, he roomed with Babe Ruth's suitcase.  He is also remembered for his skill with a fungo bat, to the extent that he would sometimes pitch batting practice with it.

We would also like to wish Beau a very happy birthday.

END_OF_DOCUMENT_TOKEN_TO_BE_REPLACED 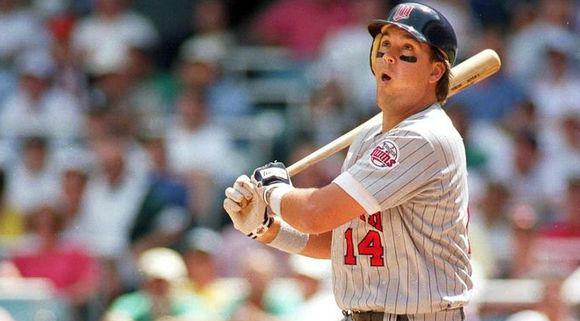 The game:  It looked good early.  The Twins got on the board in the second when Hrbek and Dwyer singled, a ground out advanced both runners, and Tim Laudner delivered a two-out two-run double.  The Mariners got one of the runs back in the bottom of the inning when Coles doubled and scored on a Martinez single.  The Twins took what appeared to be a commanding lead in the third.  Backman and Bush singled and Hrbek hit a three-run homer, putting the Twins up 5-1.

But that was as good as it would get.  The Twins had men on first and second with one out in the fifth, but were taken out of the inning when Gary Gaetti was caught stealing third.  In the bottom of the inning, Omar Vizquel and Reynolds started the inning with singles, Henry Cotto hit an RBI double, a run scored on a ground out, Leonard drove in a run with a single, cutting the margin to 5-4.

The Twins held the lead until the eighth.  Leonard led off the inning with a single and Ken Griffey reached on an error, putting men on second and third.  Jeff Reardon came in and gave up a two-run single to Coles.  A bunt again put men on second and third, and Valle singled home a run to make the scored 7-5 Seattle.

The Twins went down in order in the ninth.

Notes:  Laudner was behind the plate in place of Brian Harper.  Both caught a significant number of games, Harper 101 and Laudner 68.

Al Newman was in left field in place of Dan Gladden, who was out with an injury.  It was one of four times that Newman played left field in 1989.

Johnny Moses was in center field in place of Kirby Puckett.

Shane Rawley started for the Twins and pitched five innings, allowing four runs on nine hits and a walk and striking out one.  This was the last year of his career and he was, to put it simply, not very good.  He went 5-12, 5.21, 1.57 WHIP in 25 starts.

This was Reardon's seventh blown save of the season, although admittedly this was a tough save situation.  He would finish with 31 saves and eight blown saves, with the last one coming July 16.  This would be his last season with the Twins.  He became a free agent after the season and signed with Boston.

We again caught the Twins in the middle of a losing streak.  This was the third of eight consecutive defeats for the Twins. 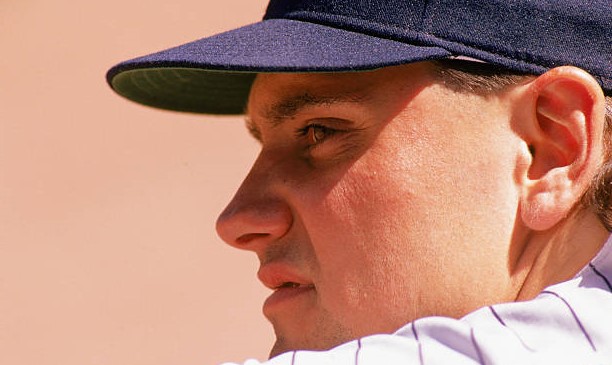 The game:  The White Sox got two singles and a walk in the second but did not score.  In the bottom of the second, consecutive singles by Hrbek, Dan Gladden, Carmelo Castillo, and Laudner as well as a sacrifice fly by Al Newman put the Twins ahead 3-0.  In the third Harper singled and Hrbek hit a two-run homer, to make it 5-0.

Chicago put their first two men on in the fourth but did not score.  In the sixth, however, they got back into the game.  Calderon led off the inning with a home run.  With one out, consecutive singles by Martinez, Sosa, Steve Lyons, and Guillen and a run-scoring ground out produced three more runs, cutting the lead to 5-4.

The Twins increased their lead in the seventh when Harper singled and again Hrbek hit a two-run homer to make it 7-4.  They added a run in the eighth when John Moses singled, went to third on a ground out-plus-error, and scored on Gagne's single, making the score 8-4.

They needed them all.  With one out in the ninth, Scott Fletcher and Calderon singled and Fisk hit a three-run homer to cut the lead to 8-7.  The next two batters flied out, however, and the Twins held on to win.

Notes:  Newman was at second base, as regular Wally Backman was given the day off.  Castillo was in right field in place of Randy Bush.  Bush was used as a pinch-hitter and stayed in the game in right field until the eighth, when Moses pinch-hit and then went to right field.  Laudner was the DH.  Jim Dwyer got the most games at DH with 73 and Gene Larkin had 41.  Others with double-digit games at DH were Harper (19), Laudner (19), Hrbek (18) and Castillo (16).

Smith started for the Twins and pitched 5.1 innings, allowing four runs on nine hits and two walks and striking out one.  He had pitched very well for the first five innings, but threw ninety-eight pitches.  1989 was his first full season, and it was his best:  10-6, 3.92, 1.34 WHIP.  He would play for two more seasons, but would not come close to matching those numbers.  He was a fairly big guy, 6'3", 200 pounds, but as I recall he did not throw very hard.  He struck out 4.7 betters per nine innings throughout his career, which would seem to support that memory.

Reardon had not pitched since August 19, and then faced just one batter, and so was presumably just brought in to get him some work.  It nearly backfired, as he gave up the three runs in the ninth.  The play-by-play indicates that the next batter hit a long fly ball, so he came close to allowing the tying run.  He did not have a particularly good season in 1989, going 5-4, 4.07, although with a WHIP of 1.10.  He had thirty-one saves, but with eight blown saves.

Hrbek would lead the team with twenty-five home runs.  Gaetti was second with nineteen.  Bush was the only other Twin in double figures, with fourteen.