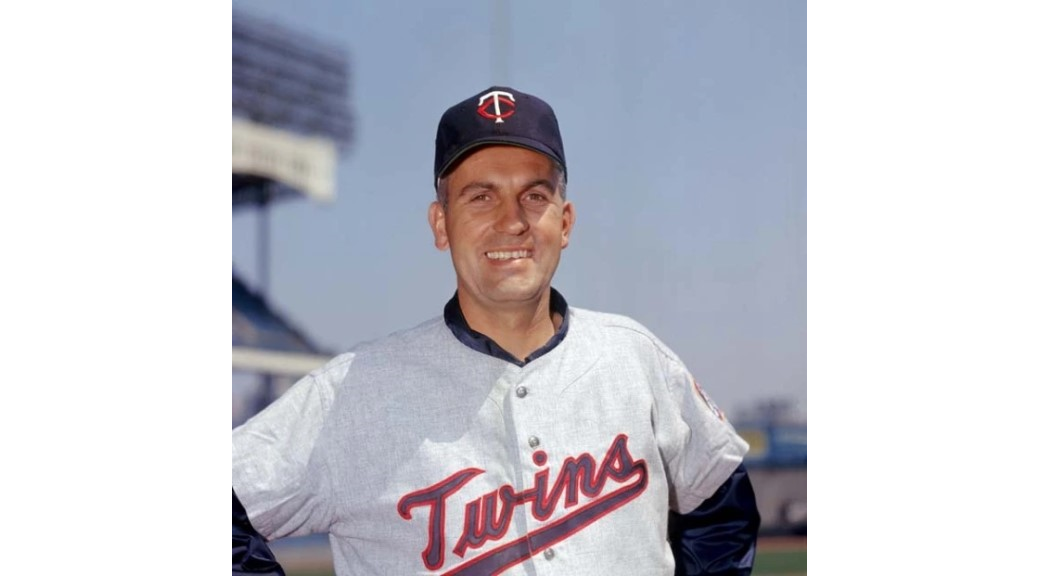 Batting star:  Steve Brye was 1-for-3 with a double and a walk.

Pitching star:  Jim Perry pitched a complete game shutout, giving up two hits and no walks and striking out seven.

Opposition stars:  Cookie Rojas was 2-for-3.  Wally Bunker pitched a complete game, giving up one run on four hits and two walks and striking out one.

The game:  Neither team got a hit until the fourth.  Leo Cardenas led off the inning with a walk, went to second on a Harmon Killebrew single, and scored on a Brye double to give the Twins a 1-0 lead.

And that was it.  Neither team got a man past first base after that.  Both Royals hits were singles by Rojas.  He got one leading off the sixth and he got one with two out in the eighth.

Notes:  Jim Nettles was in center field in place of Cesar Tovar.  Brye was in left in place of Brant Alyea.  Rick Dempsey was behind the plate in place of George Mitterwald.  Danny Thompson was at second base in place of Rod Carew.

Frank Quilici went to second base in the fifth inning, with Thompson moving to shortstop and Cardenas coming out of the game.

Dempsey was 0-for-3 and was batting zero.

With the division clinched, Bill Rigney obviously gave some guys a day off.  The only ones who really needed the rest, though, were Tovar and Cardenas.  The others had plenty of time off during the season.  Oliva and Killebrew, who had played nearly every game, remained in the lineup.

This was the first of seven games against the Royals to close out the season.

Record:  The Twins were 95-61, in first place in the American League West, 9.5 games ahead of Oakland.