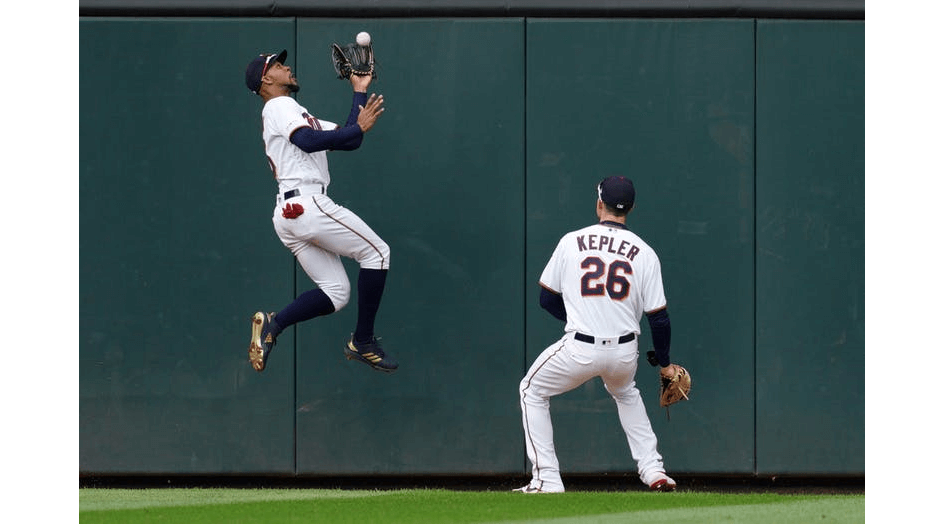 Opposition stars:  Aledmys Diaz was 2-for-4.  Alex Bregman was 1-for-4 with a home run, his sixth.

The game:  Bregman homered with two out in the first to give the Astros a 1-0 lead.  Each team got a two-out double in the second but did not score.  In the third, singles by Tony Kemp and George Springer put men on first and second with none out, but a strikeout, a fly out, and another strikeout left them there.  Castro led off the bottom of the third with a home run to tie the score at 1-1.

The Twins took control in the fourth.  With one out, C. J. Cron walked and Marwin Gonzalez singled, putting men on first and third.  Schoop delivered an RBI single, Castro had a two-run double, Byron Buxton had a run-scoring triple, Max Kepler hit a sacrifice fly, Polanco doubled, and Nelson Cruz had an RBI double.  In all, six runs scored, putting the Twins up 7-1 and effectively ending the game right there.

They kept playing, of course.  The Twins added a run in the fifth when Gonzalez walked, went to third on a Schoop single, and scored on a fielder's choice.  Polanco hit a one-out triple in the sixth but did not score.  Houston threatened to get back into it in the seventh.  Singles by Yuli Gurriel, Josh Reddick, and Diaz loaded the bases with none out.  A strikeout, a sacrifice fly, and another fly out limited the damage to one run, making the score 8-2, and neither team threatened after that.

Even though it was a day game, Rocco did not go with any sort of B lineup.  The regulars played.  The Twins alternate their catchers quite a bit, so that's not really an issue, but there were no substitutes at any other position, either.

Eddie Rosario was 0-for-4 and is now riding an 0-for-24 streak.  He hit two balls hard, though.  I'm not too worried about him.

Berrios pitched a fine game.  It shows the difference expectations can make, though.  If Michael Pineda ever had a game like this, we'd be ecstatic.  When it's Berrios, we just kind of nod our heads.  We expect Berrios to have games like this every time out.  That's a compliment to him, but at the same time, it's something that shouldn't be taken for granted.

Entering this series, I said the next ten games would tell us a lot about how good the Twins are.  They're off to a good start, winning three of the first four.  Now, of course, we go to New York to play the Big Bad Yankees.  I have a feeling that this year things are going to be different.  I don't have a lot to back that feeling up--the pitching matchups aren't particularly favorable or anything.  But it's a new day, it's a new team, and I just think this is the year things change.  I guess we'll find out soon enough.

Record:  The Twins are 19-10, first in the American League Central, three games ahead of Cleveland.