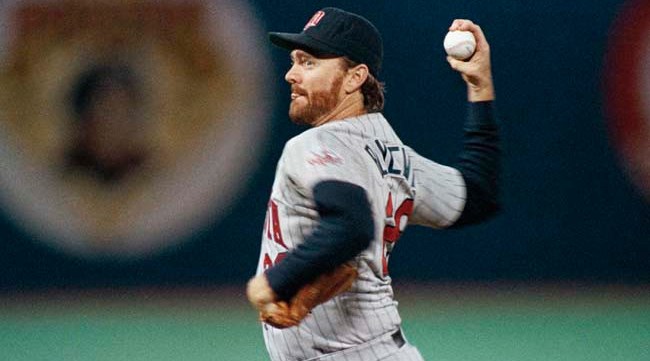 Batting stars:  Kirby Puckett was 2-for-3 with a home run (his sixteenth) and a hit-by-pitch.  Steve Lombardozzi was 1-for-3 with a double and a run.  Dan Gladden was 1-for-4 with an RBI.

The game:  Puckett homered in the first to give the Twins a 1-0 lead.  An error tied the score in the second, but the Twins regained the lead in the third on Lombardozzi's double and Gladden's RBI single.  Bell's run-scoring single tied it in the fifth.  It stayed 2-2 until the ninth.  Bell led off with a double and Ernie Whitt drew a one-out walk.  A fly ball moved runners to first and third with two down.  A wild pitch brought home the go-ahead run and a Garth Iorg double brought in an insurance run.

Of note:  Mark Davidson was again in center field, with Puckett at DH.  Since this is two games in a row, one assumes Puckett had a minor injury of some sort.  Davidson again batted second...It should be noted that, for the second game in a row, Blyleven did not leave any pitches up.  This was the only time all year that would happen...Had the Blue Jays not removed Key with two out and a man on first in the ninth, there would have been no substitutions of any kind in the game by either team.  I don't know how often that happens, but I don't think it's very often...Of course, it would be quite unusual in today's game for the starter to be left in a tie game after giving up a leadoff double in the eighth.

Record:  The Twins were 54-46, in first place, two games ahead of Oakland.

Sorry, but due to personal time constraints, there will be no player profiles for the next few days.