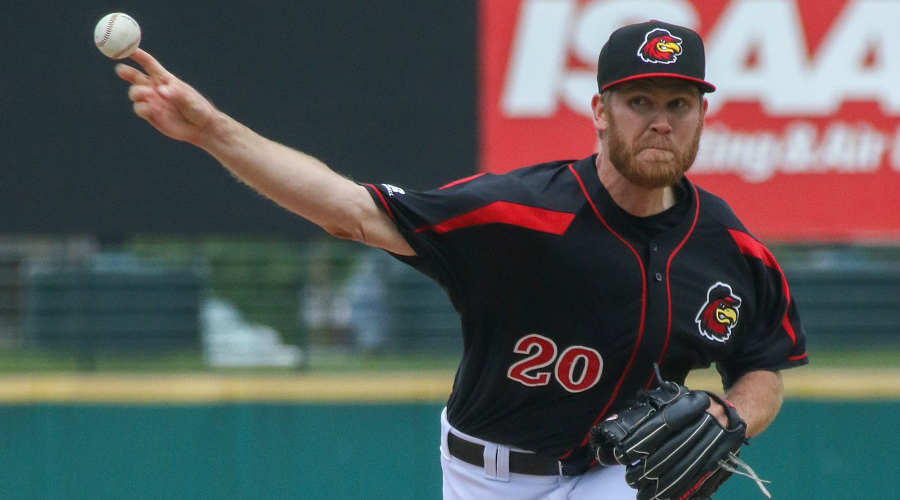 Luke Bard has a successful AAA debut.  Felix Jorge has his third good game in a row.  The Miracle get blanked.  A big home run by Trey Cabbage.  A big day for Rainis Silva.  No offense for the GCL Twins.

The Clippers scored two in the first, but Daniel Palka delivered a two-out two-run double in the third to tie it.  In the fourth, three singles loaded the bases and Zack Granite hit a two-out grand slam to provide the margin of victory.  The only other Columbus threat came in the sixth, when they put men on first and third with two out.

Kevin Cron's RBI double got the Generals on the board in the third inning.  It stayed 1-0 until the eighth, when Jackson added two more.  The closest the Lookouts came to scoring was the sixth, when Edgar Corcino was thrown out trying to score from second on a Jonathan Rodriguez single.  Chattanooga had eight hits but went 1-for-9 with men in scoring position.

Chris Chinea hit a two-run homer in the fourth to open the scoring.  It stayed 2-0 until the seventh, when a walk was followed by five consecutive singles that produced four runs.  The Miracle had only one hit through the first six innings and only four for the game.  All were singles and they did not advance a man past first.

Brady Anderson pitched six innings, giving up four runs on six hits and a walk with one strikeout.  Brandon Lopez was 2-for-4.

Christian Cavaness led off the game with a double and scored on a Hank Morrison single to give the Kernels a 1-0 lead.  It remained 1-0 until the seventh, when Trey Cabbage hit a two-run homer.  The Timber Rattlers got their only run on three consecutive two-out singles in the eighth.  They had the tying run on base, but a ground out ended the inning.  Wisconsin out-hit Cedar Rapids 9-5.

The Blue Jays scored three in the first and four in the second to take a 7-0 lead.  An error and three wild pitches helped them score their runs.  The Twins scored two in the fourth, one in the fifth, and two in the sixth to get back into the game.  They had men on second and third with two out in the sixth, but a line out ended the inning and all three batters struck out in the seventh.

The Blue Jays scored single runs in the first two innings, but the Twins came back with five in the third to go into the lead to stay.  Rainis Silva had a two-run single and Matt Albanese had a two-run double in the inning.  Bluefield got another single run in the third to make it 5-3, but Elizabethton got two in the fourth, four in the fifth, and one in the sixth.

Alexis Torres tripled and scored in the third.  In the fifth, Willy Yahn hit a three-run double to cap a four-run inning that gave the Orioles a 5-0 lead.  They added two in the seventh and one in the eighth.  The lone Twins run came in the ninth on a two-out single by Jean Carlos Arias.