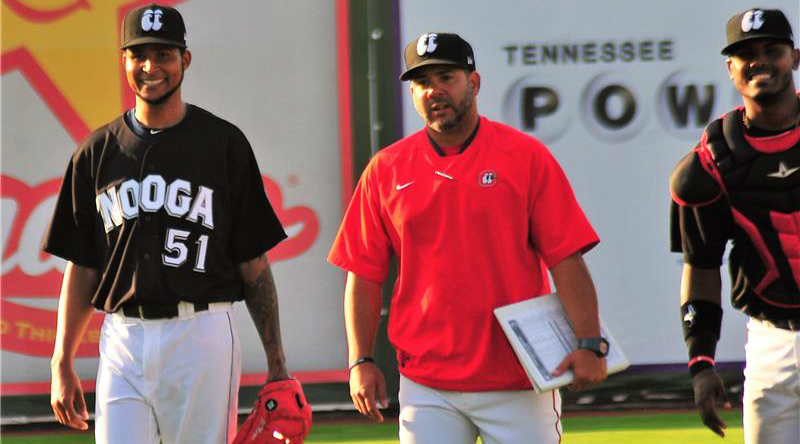 A good rehab start for Ervin Santana.  A Miracle comeback goes for naught.  A good professional debut for Michael Davis.  Another big day for Tyler Webb.

The Jumbo Shrimp scored four in the sixth to break a 2-2 tie.  Eric Jagielo hit a two-run double in the inning.  The Lookouts did not get a hit after the sixth inning and had only three hits in the game.

Ervin Santana struck out six in five innings, giving up two runs on two hits and no walks.

The Cardinals had leads of 5-0 and 8-2, but the Miracle scored four in the seventh on their way to tying it 8-8 through eight.  In the ninth, however, Palm Beach scored six runs to win the game.

Joe Cronin was 2-for-3 with two walks and three RBIs.  Taylor Grzelakowski was 2-for-4 with a double and two RBIs.  Lewin Diaz was 2-for-5.

It was 2-1 through four, but the Twins scored seven in the fifth and the rout was on.  Elizabethton added three more in the sixth and three in the seventh.

The Twins trailed 3-1, but scored two in the fourth to tie it 3-3.  They then scored a single run in each of the next three innings to build a 6-3 lead.  The Rays got two in the seventh, loaded the bases with none out in the eighth, and had men on first and third with one out in the ninth.