Pop Kelchner was a scout for fifty years, most of them for the St. Louis Cardinals.

John F. Kieran was a long-time sportswriter in New York and was a panelist on the quiz show "Information, Please".

Fuzzy Hufft had 1,400 hits over seven seasons in the Pacific Coast League and served honorably in both World Wars.

We would also like to wish a happy birthday to UncleWalt’s youngest child.

END_OF_DOCUMENT_TOKEN_TO_BE_REPLACED 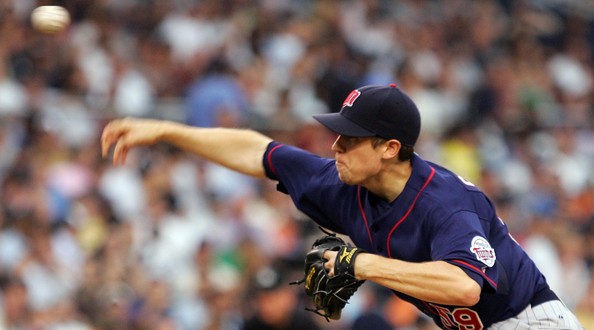 Opposition stars:  Mark Ellis was 2-for-4.  Kurt Suzuki was 1-for-3 with a home run, his seventh.

The game:  Suzuki homered leading off the second to give the Athletics a 1-0 lead.  It was all Twins after that.  In the bottom of the second Jason Kubel singled, Buscher hit a two-run homer, Harris singled, and Denard Span tripled, giving the Twins a 3-1 lead.  In the third Joe Mauer singled, Morneau had an RBI double, Ruiz hit a run-scoring single, and Harris had an RBI double, putting the Twins up 6-1.

Oakland got one back in the fifth on a run-scoring double by Jack Hannahan.  In the fifth, however, Morneau doubled, Ruiz walked, Buscher had an RBI single, Harris hit a sacrifice fly, and Gomez delivered a two-run homer, making the score 10-2.  In the sixth, Punto doubled, Mauer walked, Morneau singled to load the bases, Ruiz had an RBI single, and Buscher drove in two with a single, bringing the score to 13-2.  The Twins apparently got tired of running around the bases at that point, because that's how the score ended.

Notes:  Punto was at second in place of Alexi Casilla, who was out for three weeks.  That put Harris at shortstop--Punto played 61 games at short and Harris 55, with Adam Everett playing 44.  Kubel was in left in place of Delmon Young, who was given the day off.  That put Ruiz at DH.

The only position-player substitution was Mike Lamb pinch-hitting for Morneau in the eighth.  He stayed in the game at first base.

Morneau led the team with 23 homers.  Kubel was second with 20 and Young hit ten.  The Twins hit 111 homers, which was dead last in the league.  Chicago led with 235, more than twice the Twins' total.

Jack Cust was 0-for-3 with three strikeouts.  It seems probable that Jack Cussed.

Athletics starter Sean Gallagher was allowed to go five innings, allowing ten runs on eleven hits and three walks.  They had used four pitchers for multiple innings over the last two games, so presumably Bob Geren just felt he needed some innings out of Gallagher whether he was getting anything accomplished or not.

I don't think I could've told you that the Twins once had a player called Randy Ruiz.

This was the first of a four-game winning streak and the sixth game of a stretch in which the Twins would win eight of nine.

Random record:  The Twins are 51-48 in Random Rewind games.  This is the first time they've been three games over .500 for some time.

END_OF_DOCUMENT_TOKEN_TO_BE_REPLACED

Second verse, same as the first.