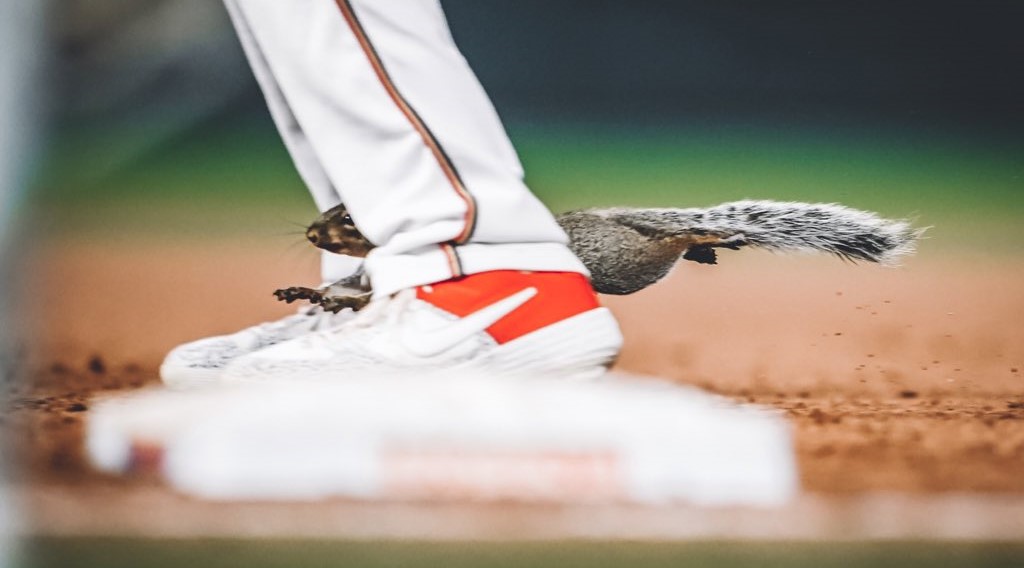 Pitching stars:  Michael Pineda pitched seven innings, giving up four runs on six hits and no walks and striking out four.  Trevor May pitched a perfect inning and struck out one.

Opposition stars:  Tim Anderson was 2-for-4 with a home run (his thirteenth), a double, two runs, and two RBIs.  Jose Abreu was 1-for-3 with a two-run homer, his twenty-eighth.

The game:  It didn't look good early.  The Twins did nothing for the first two innings, as their first six batters were retired on just twenty-one pitches.  In the third, Yolmer Sanchez singled and scored on a two-out double by Anderson.  Abreu followed with a two-run homer and the White Sox quickly took a 3-0 lead.

Mitch Garver led off the bottom of the third with a double, but with two out he had only gotten as far as third base.  Kepler solved that problem, hitting a two-run homer to get the Twins back into the game at 3-2.  In the fourth, Cruz led off with a home run, tying the score 3-3.

The Twins took control in the fifth.  The first two batters went out, but Jake Cave singled and Kepler reached on an error.  Jorge Polanco was hit by a pitch, putting the Twins in the dreaded bases loaded situation.  But Cruz said, "Fear not" and belted a two-run double.  Rosario followed with a two-run single and the Twins led 7-3.

Anderson homered leading off the sixth, cutting the margin to 7-4, but that was as close as Chicago would come.  The Twins put it away in the eighth.  Cruz led off with a double and scored on Miguel Sano's double.  Luis Arraez singled, putting men on first and third, and later stole second, moving men to second and third with two out.  Marwin Gonzalez was intentionally walked, and again the Twins came through with the bases loaded.  This time it was pinch-hitter C. J. Cron delivering a three-run double.  He would score on Kepler's double and Polanco then hit a two-run homer.  It was 14-4, and that's where it would stay.

Kepler returned to the lineup in center field, with Jake Cave in right in the continued absence of Byron Buxton.  Gonzalez was at first base in place of Cron.  Cron remained in the game after his pinch-hit and played first, with Gonzalez moving to right field.

The Twins did not throw any wild pitches, and they were not charged with any errors, although there were at least two that could have been scored.  Still, I guess it's progress.  I know there's a lot more to defense than not making errors, but most of the errors have been on routine plays, and coupled with wild pitches and baserunning mistakes, it just leads to an overall sloppiness of play that I find annoying.  They've been able to hit enough to overcome it most of the time, and they did so again last night, but it still bothers me.

There was some discussion in the game log about Rocco making an unnecessary pitching change in the eighth, bringing in Sergio Romo with two out and none on with the Twins holding a three-run lead.  I would tend to agree that the change was unnecessary, but on the plus side:  a) Romo got the job done, b) he only threw three pitches, so he should be fine to pitch today, and c) there's an off day tomorrow, so he'll have at least one day where he won't pitch.  So, even if it was unnecessary, it looks like there's no harm done.

Cruz has to be having one of the best seasons a thirty-nine-year-old ever had.  I'm sure Barry Bonds has him beat, and there are probably a few others, but there can't be very many.  He is batting .303/.390/.667, for an OPS of 1.057.  He has thirty-three home runs.  And he's not wearing down as the season goes on--granted that he missed some time, but August is so far his best month of the season.  It's pretty incredible.

Record:  The Twins are 77-49, in first place in the American League Central, three games ahead of Cleveland.