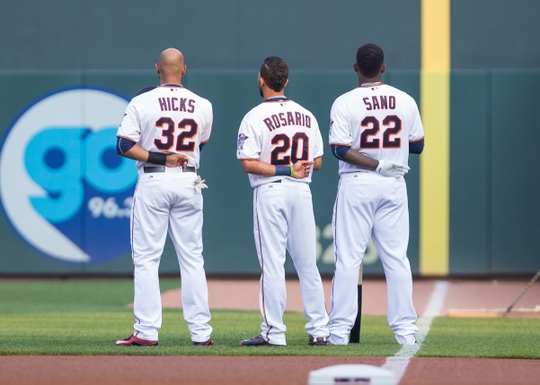 Big cheer at Target Field as the Twins announce that their beer policy -- no sales after the 7th inning -- is being suspended tonight, due to the country music concert scheduled after the game. 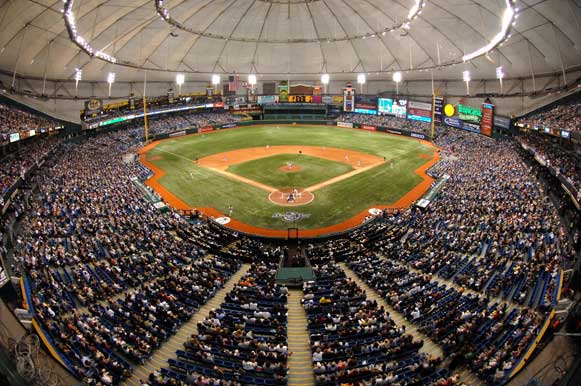 I think its safe to call Gibson the ace of this "staff" at the 11% point of the season after three good outings, with that last one being pretty stupendous. It may have been somewhat smoke and mirrors, since he's not striking out a whole lot of guys at 4.7/9, so hopefully we aren't looking at a Blackburn type of situation. I don't think that is the case, but I'm not the most optimistic of sports fans. I mentioned it last night in the CoC, but if Gibson can keep this going the starters for next year might be halfway competent, which would be nice.

His poor opponent is David Price, who recently got knocked around by the punchless Yankees, who are just 22nd in runs scored, but, like, top 5 in dollars per run scored (possibly as high as #2 behind the Dodgers). He's striking a bunch of guys out, though, and has had a couple good outings with a couple bad outings. Hopefully today is one of the bad outings.

On an unrelated topic, I used a new hoppinh technique on Saturday that was kind of fun called first wort hopping. Making an IPA, I took the hops I was going to use near the end of the boil (where flavor/aroma hops are added) and put them in the kettle during the sparge before the boil. This is said to increase the utilization of the flavor/aroma acids in the hops. It simplified things, for sure, and I'm excited to see how it turns out.

And now for something completely different. I saw this guy play with Los Texmaniacs at the Black Pot festival a couple of weeks ago, and it was awesome.

If there's one thing that Labor Day weekend doesn't get enough of, it must be beer. So I thought I would do my part.

Grand Imperial Porter from Browar Amber, Bielkowko, Poland, 8 pct ABV, is a tasty Baltic porter. I would say that this is one of my favorite styles, but, really. Aren't they all?

Baltic porters are lagers, not ales, like your typical english porter. Like the better known India Pale Ale style, this was a style designed for shipping: high in alcohol, with strong flavors to mask brewing flaws and/or the stresses of long transportation chains with uncertain handling. Baltic porters characteristically have a bit of sweetness, some bitterness from dark-roasted malts, and perhaps a hint of licorice, but often with a soft mouthfeel. So, not the overwhelming punch of a Russian Imperial Stout or an American Imperial IPA. Basically, a cross or blend between the high-alcohol, high-impact Russian Imperial Stout style and the softer, happier english porter style. Outstanding domestic examples include Victory Baltic Thunder and the Alaskan Baltic Porter or, so I'm told (since I haven't yet had one), Surly's Smoke.

This one fits right smack in the middle of my experiences with the style: soft mouth-feel (reminiscent of one of my favorite english beers, St. Peter's Old-Style Porter), big but not overwhelming flavor. Lightly carbonated. Some chocolate and coffee, some licorice, but not too much. It is a wee bit on the sweet side, but only a wee bit. I had no trouble finishing the 16.9 oz bottle because it was so smooth. Like a comfy recliner. A beer to take you to a happy place.

Making assumptions is a necessary part of diagnosing mechanical problems, and of living life in general. But like most things, there are good and bad assumptions. Good assumptions based on empirical evidence, factual information, experience and knowledge can be quite helpful. But bad assumptions, as Robert Pirsig reminds us in Zen and the Art of Motorcycle Maintenance, are traps to be avoided as they can mislead, direct you down dead-ends, and greatly complicate the task at hand.

END_OF_DOCUMENT_TOKEN_TO_BE_REPLACED

My expression of fraternal esteem to everyone here at the WGOM. In song form, of course.

Make the jump for "Prime Numbers," which is sort of like musical Number Munchers, but in a song about monogamy vs. polyamory . END_OF_DOCUMENT_TOKEN_TO_BE_REPLACED

But the set-back allowed me to see this link on the burgeoning brew scene in Duhloot. Combined with the awesomeness that is the Northern Waters Smokehaus, and Duluth suddenly is a destination city.

Back to the book biz. This month's selection, Ambitious Brew: The Story of American Beer by Maureen Ogle, is after my own heart. I received this book as a holiday gift from my kids, love them.

Ogle entertainingly chronicles the personalities and travails of America's founding beer dynasties -- the Bests, Buschs, Millers, Schlitzs and so forth, through the heady expansion years of the late antebellum and throughout the postbellum period, the culture wars that led to Prohibition, the triumphant return and then consolidation of the industry in the decades after repeal, and finally the giddy resurrection of craft brewing in the late 1970s through today. It was fun to read her descriptions of the origins of the Best family's brewing operation in 1840s Milwaukee, interlaced with a smidge of malting and brewing chemistry.

This is not great history on a par with The Roommate or Robert Caro or Robert K. Massie, despite the occasional pretension. Some of the treatment of the economics, politics and social aspects, particularly early in the book, is rather amateurish. Her treatment of the consolidation in the industry during the 1950s and 1960s is pretty limited. For example, while she devotes a few lines to the adoption of "accelerated batch fermentation" in her depiction of the fall of Schlitz, I think she underplays the importance of technological innovations as well as the growing use of rice and corn adjuncts in place of malted barley as paving stones on the road to beer hell.

The beer market stagnated in the 1950s and 1960s, thanks to watered-down quality, but also several other factors that Ogle identifies -- a demographic lull in prime beer-drinking aged consumers, a tremendous rebound in consumption of hard liquor, and the rise of the diet industry (infamously culminating in the insidious triumph of Light/Lite "beer").

Some of her prose and analysis left me wanting to drink. E.g., "But beer also fell victim to a national palate that, since the 1920s, had gravitated toward the sugary and the bland, both of which can be seen as hallmarks of a modernizing society" (p.227). Ugh. She then goes on to tie those trends to "a more casual attitude toward sex, to name one example" of "modern" attitudes. Double ugh.

Ogle is at her best mining correspondence, press coverage and other contemporary accounts to tell the personal stories of intrigue and competition between the beer baron families, and, later, sketching the lives of modern pioneers, such as Anchor Steam's founder, Fritz Maytag, Sierra Nevada's founder, Ken Grossman, and Boston Brewing Co.'s Jim Koch. This is entertaining reading.

When she stays away from Deep Thoughts, this is a fun book, worthy of the beach or late-night bedtime reading. You'll come away with a much deeper appreciation for the place of the brewing industry in American history, and some great anecdotes.

Hey there, friends of Gleeman.

Seven years ago, SBG (Stick and Ball Guy) started The WGOM, and in time, it became a thriving community of about 50-60 regulars who talk music, film, beer, the Timberwolves, the brewing of beer, literature, art, soccer and beer. First and foremost, however, it's about the love of the Twins.

Last week, SBG decided to stop wearing the hat of blog administrator for a number of reasons, but he didn't want to see the community go away. The site you see here is the culmination of a lot of us regulars creating a new home that runs a little faster and relieves SBG of his ludicrous workload.

Anyway, have a look around. The Cup of Coffee (right sidebar) is where we talk each day about whatever's on our minds. You can find a list of our features at the top of the site, and if you have any questions about anything, you can register here and ask away (registration is free and takes seconds). The main courses are our game logs, and you can find the running commentary on last night's win right here.

Have fun. We'll try to make ourselves presentable.