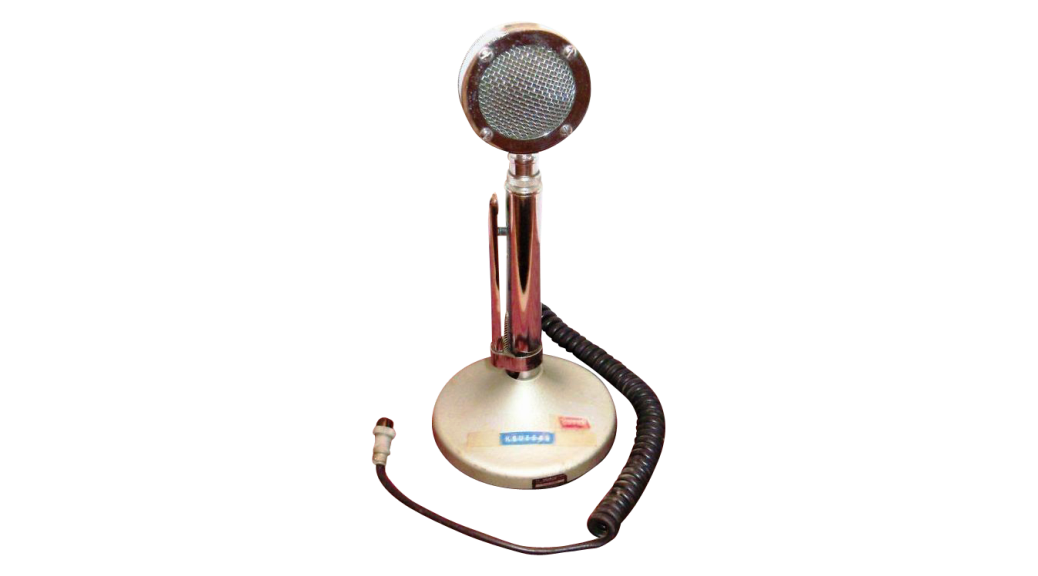 Hey, friends! Welcome back. Happy to have you.

We have a special guest this time: Daneeka's Ghost!

The Chick Corea Elektric Band - Got A Match?

I'm guessing I will never use the "double bow" tag again. 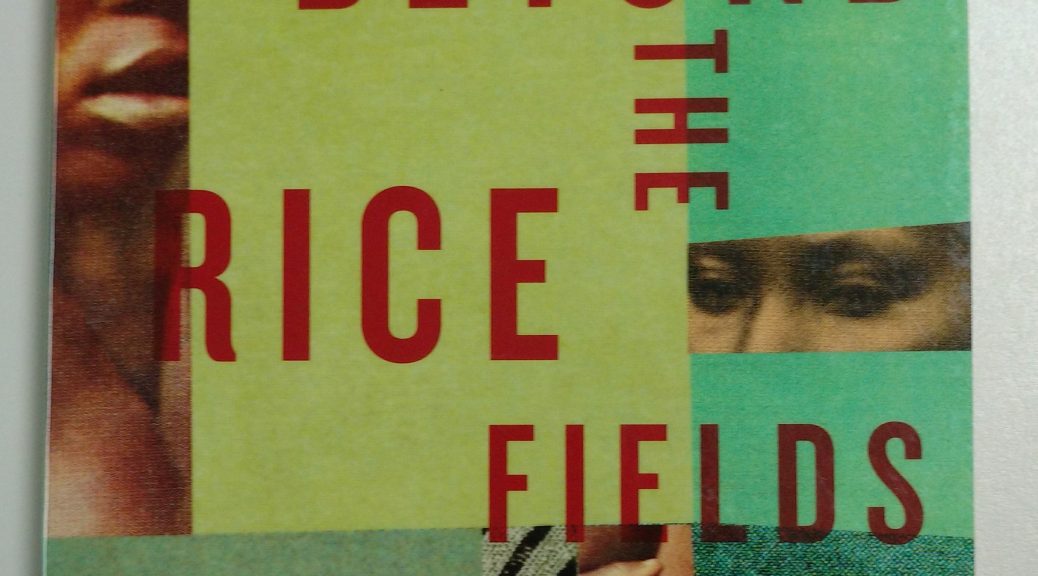 Wanted to play something by these guys. Many thanks to DG for the suggestion.

Came across this recently. Intriguing enough to check out some more later.

(Actually, DG, we picked the same on this one) 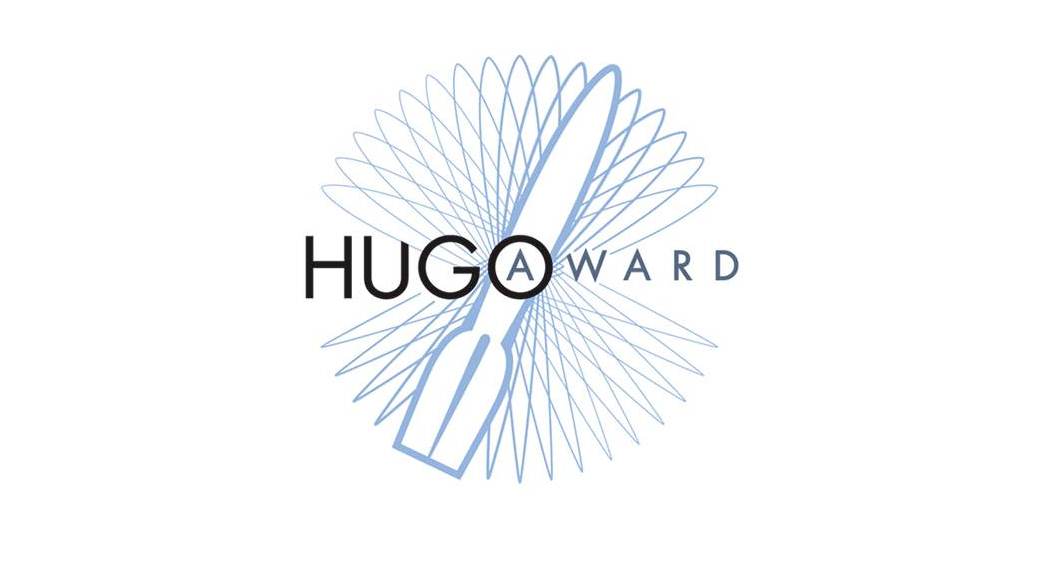 The World Science Fiction Convention has come and gone in the past month which means one big thing to me. Hugo Awards. I like the Hugos because they are far enough into the year that most everything they recognize is widely available. Lots of people have lots of very valid criticism about the nominating and voting process for these awards (both are done by fans and convention-goers only), so “Hugo Award Winner” doesn’t necessarily correlate to “Absolute Best Stuff Out There”, but it’s a nice place to start for those who haven’t read every bit of sci-fi published in the last year.

Other big awards that have lead me to really good stories in the past are:

That’s a lot of reading, and I won’t pretend that I got through everything on all those lists. Instead we’ll start with the Hugos and maybe fill in some editorializing about things I enjoyed that missed out.   As always, where I can find material freely available online, I've provided a link.

The Water That Falls on You From Nowhere (John Chu) – Hugo Winner. A love story in a world where every time someone lies, they are immediately drenched with water.

If You Were a Dinosaur, My Love (Rachel Swirsky) –Nebula Winner. I really liked this story, the gimmick of the story almost wears thin, but it fits the events that put the whole thing in motion. Nominated for Hugo, Nebula, and WFA.

Selkie Stories Are for Losers (Sofia Samatar) – My favorite of the four. The narrator’s mother was a selkie, a seal who was trapped in human form when the narrator’s father stole her coat. Nominated for Hugo, Nebula, and WFA.

The Ink Readers of Doi Saket(Thomas Olde Heuvelt) – Nominated for Hugo and WFA. Set in a village in Thailand where all the wishes that are set in the river during a festival are collected. A good enough story.

Effigy Nights (Yoon Ha Lee) – Her collection Conservation of Shadows was incredibly good. If you like this story, get the book, because every single story in there I liked.  WFA nominee.

The Lady Astronaut of Mars (Mary Robinette Kowal) -  Hugo Winner. You should read anything by Robinette Kowal, this is a good story about an aging astronaut having to revisit old disasters.

The Waiting Stars (Ailette deBodard) - Nebula Winner. From the same universe as “Immersion” (my favorite story from last year’s awards), deBodard is amassing a bunch of these really powerful pieces about alienation and culture. Another really good story.

The Truth of Fact, the Truth of Feeling (Ted Chiang) - I love Ted Chiang’s stories. He always does an amazing job of weaving technology and memory together. This story is very good, but I can see why it didn’t win.

The Exchange Officers (Brad Torgersen) (link goes to a .pdf) – I struggled to finish this one. Especially as it was in a category with three writers that I knew and had enjoyed in the past, this one felt as though it didn’t belong.

The Prayer of Ninety Cats (Caitlin Kiernan) - Nominated for Locus and WFA.  A story of fear and illusion framed by a movie that tells the (fairly graphic) story of Elizabeth Bathory.

Equoid by Charles Stross - Hugo Winner.  This is pretty good horror. It uses Lovecraft as a jumping off point, but it will turn your stomach and sets up a pretty good monster. My only quibble is that it’s clearly a part of an existing universe (Stross’ Laundry series) and so it’s not self-contained like some others on the list.

Six-Gun Snow White (Catherynne Valente). I have loved Valente’s work before this (“Silently and Very Fast” was one of my Hugo favorites a couple years ago) and this transposition of Snow White’s story to the American West is a pretty good story. Nominated for Hugo, Nebula, WFA, Locus - Winner of Locus Award.
(Not freely available that I know of)

The Butcher of Khardov (Dan Wells). A character study of a monster. The butcher’s motivations won’t really surprise you too much, but Wells does a pretty good job of telling the tale in an entertaining fashion.
(Not freely available)

The Chaplain’s Legacy (Brad Torgersen) (link goes to a .pdf) - Liked it fine. Didn’t surprise me much, though there were some scenes that were nicely executed. A chaplain who averted the destruction of the human race is called back into negotiations with an alien race.

The Weight of the Sunrise (Vylar Kaftan) - Nebula Winner.  Didn't get to read this, but I will sometime soon.

This won everything it was nominated for (Hugo, Nebula, Locus). I finally got a copy that I hope to get to this month. Everything I’ve heard has said this is very very good, so I’d recommend it based on that alone. If you read it in September, then we’ll have something for sure to talk about in the next Book Day post!

Enough has probably been said about this. If you feel like 10,000 pages of fantasy might be up your alley, this will scratch that itch.

I don’t know Charles Stross’ work at all (save for his story in the novella category), but this was nominated for a Locus and a Hugo, so I’ve been tempted to check it out.

The Golem and the Jinni (Helene Wecker). I'm two-thirds of the way through this book right now, it seems as though it's a bit longer than it needs to be, but the title characters are interesting. Nominated for Locus, WFA, Nebula.

Stranger in Olondria (Sofia Samatar). Sounds interesting, and I really liked her short story, so I might get around to this one.  Nominated for Locus, WFA, Nebula

The Ocean at the End of the Lane (Neil Gaiman). I wasn’t impressed. But then I haven’t connected with Gaiman in the couple of chances I’ve afforded him. Nominated for Locus, WFA, Nebula. Winner of Locus award.

That might get us started for some discussion.  What have you been reading?

Denard Span could feel his brain swimming laps between his ears.

This whole game has been one big blur, people rising up out of the dizzying maelstrom of colors and sounds shouting that we were "coming back!". How many times do we have to come back in this one? It seemed like they had come back 3 or 4 times already, let's see there was the Doumit homer (ed. note - to give the Twins a 6-5 lead), the Plouffe homer (ed. note - to tie the game at 2), the time Babe the Blue Ox ran over the Cubs catcher while Jim Thome dressed as Paul Bunyan applauded from the third base coaches box (ed. note - ????), the time Mastrioanni hit a triple - wait, Mastrioanni hit a triple? this flu is seriously messing with my head (ed. note - Mastrioanni did indeed hit a triple, it scored Dozier and tied the game at 5), and now Morneau had tripled to score Willingham and Gardy is shouting something at me.

Liddle is next to me now. Suddenly I'm on the field. Third base, I think. Yes. I focus all my energy on the bright yellow dragon standing in the batters box (ed. note - Casilla, probably). I hear the crack of the bat and I just start running. It's only after I get back to the dugout that Joe explains to me that I was out by about 20 feet and looked kind of like a fool. Honestly, at this point I'm more focused on not passing out than whether the game is over or not.

Because of that focus it took me a while to realize that I might have to bat. I'm conscious enough to realize this is probably a bad idea as the pitcher's mound currently appears to be occupied by a particularly malevolent shade of purple to my eyes. Josh Willingham looks at me in the on-deck circle and asks if I'm feeling OK. I try to reassure him, but given his look of concern, I'm guessing I ended up speaking in tongues again. I hear him mutter "I had better just take care of this myself." As he walks up to the plate.

The only thing more surprising than my little brother giving a speech at his high school graduation last night was seeing that the Twins won their third in a row while we celebrated his being named valedictorian.

Rain delay pushed this one into a West-Coast game time-slot, and with Blackburn going against the homer-happy Jays lineup, you could be forgiven for turning in early. If you did, you will not be surprised to learn that the Jays hit 4 home-runs (Bautista with 2) that accounted for 5 of their 6 runs. But the Twins, armed with the ability to watch Kyle Drabek and Carlos Villanueva throw lots and lots of pitches (not many for strikes), would put across a bunch of runs without hitting any balls over the fence.

Ryan Doumit, who has been hitting well (last 3 weeks - .275/.350/.549), started things off with a 2-run single in the first to erase the 1-0 deficit resulting from Bautista's first homer. Then a nice mix of walks (Mauer, Doumit, Parmelee) and doubles (Span, Willingham) in the 5th broke the game open for the Twins as Darin Mastrioanni's first big-league hit came with the bases loaded to drive in two and cap the 4-run inning.

Blackburn did everything he could to give all those runs right back, giving up 3 runs without recording an out in the 6th, but got pulled with the score 6-5. Both teams would add a run in the end to get us to the final score, with Capps pitching a scoreless ninth to earn a save.

The HR that Perkins allowed to Encarnacion was only the second time all season that a Twins reliever has allowed a run in a Friday game (3 runs allowed in 16 innings on Friday this season - 1.69 bullpen ERA). If one were only paying close attention to the games that one had to recap on Friday nights, one might conclude the bullpen has been pretty good.

Mariners bullpen revealed to be vastly inferior to Minnesota equivalent!

Recap posted much later than expected!

(focus on the positive)