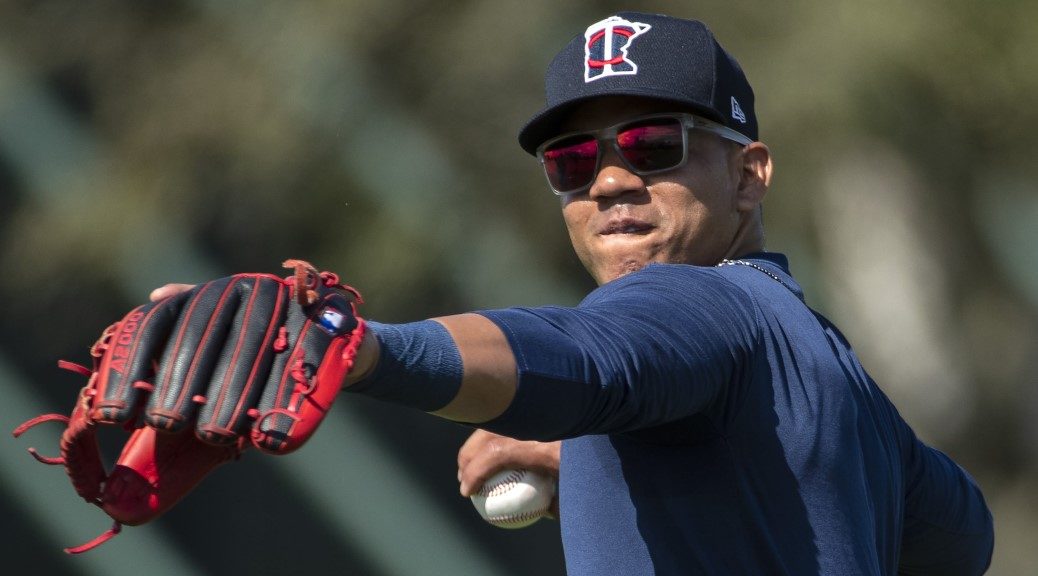 Batting stars:  Ehire Adrianza was 2-for-3 with a home run (his third), two runs and two RBIs.  Max Kepler was 2-for-4 with three RBIs.  Marwin Gonzalez was 2-for-5 with two runs.

Opposition stars:  Austin Adams retired all six men he faced, striking out four.  Edwin Encarnacion was 2-for-3 with a double and a walk.  Dee Gordon was 2-for-4 with a stolen base, his twelfth.  Mitch Haniger was 0-for-1 with three walks.

The game:  The Mariners put men on second and third with one out in the first, but a pair of strikeouts ended the inning.  The Twins started the scoring in the third on Adrianza's solo home run.  In the fourth, the Twins opened the inning with consecutive singles by Gonzalez, C. J. Cron, Willians Astudillo, and Kepler, making the score 2-0.  They added one more on Adrianza's sacrifice fly to take a 3-0 lead.

The Twins built their lead some more in the fifth.  Jorge Polanco and Gonzalez singled and Cron walked, loading the bases with one out.  Astudillo hit a sacrifice fly, and an error moved everyone up a base.  Kepler then delivered a two-run single, making it 6-0 Twins.

Seattle got their lone run in the bottom of the fifth.  With two out Gordon singled, Haniger walked, and Encarnacion had an RBI single.  They had only one hit after that, a two-out double by J. P. Crawford in the sixth.  The Twins added a run in the ninth when Adrianza singled and scored from first on a two-out double by Jonathan Schoop.

Notes:  Astudillo was the catcher in this game, one of 21 games he caught.  Mitch Garver and Jason Castro split the catching duties almost evenly, with Garver catching 82 games and Castro 78.

Adrianza was at third base.  Miguel Sano, who would become the third baseman, was just getting back from injury.  This was his second game of the season, and he was the DH.  Nelson Cruz, the regular DH, missed a few weeks due to injury.

Gonzalez was in left field in place of Eddie Rosario, who was apparently just given the day off.

The Twins used 31 pitchers in 2019.  So they won't be forgotten, let's tip our cap to Andrew Vasquez, Chase DeJong, Jorge Alcala, and Austin Adams, each of whom pitched one or two games for the Twins last season.

This was the fourth game of a five-game winning streak for the Twins.  After a loss they would win six more in a row, meaning they won eleven of twelve.

Rewind Record:  The Twins are 38-33 in Random Rewind games. 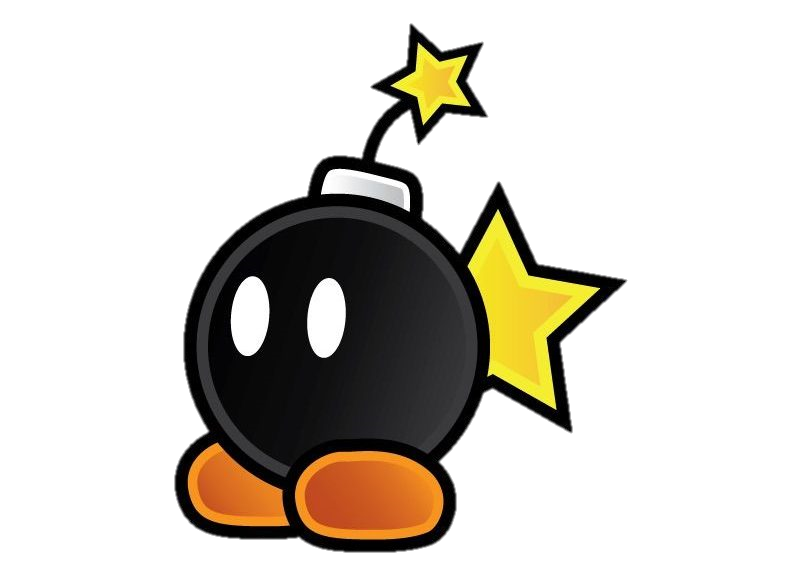 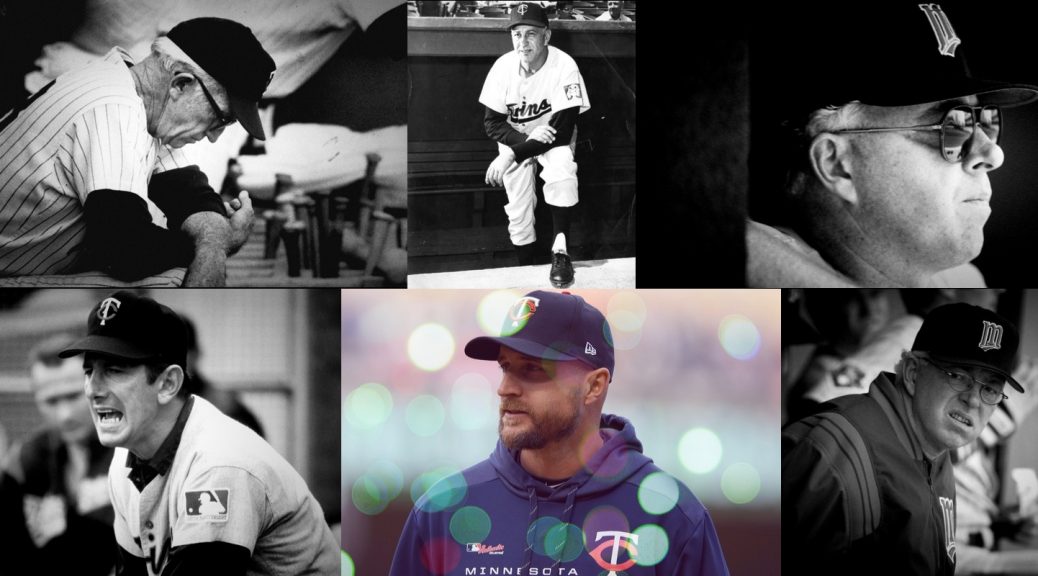 The 2019 Twins are officially half-baked. No, literally.

The Twins played their last game of the first half yesterday. It was another ugly end to a pretty solid game, which is hopefully sufficient signal to the front office to turn the pan & lower the heat. With the loss, the 2019 club fell from a tie with the 2001 Twins for the third-best winning percentage over the first half of a season since the franchise moved to Minnesota.

I've included the top six for two reasons. First, those are all the clubs with a .600 or above winning percentage in the first half. Second, those teams were not too bad: one pennant, two excellent division champs, a squad motivated by the owner's collusive attempt to contract the team, and the follow-up squad to the 1991 World Champions. The 1991 Twins were, in fact, the next team on the first-half leaderboard, at .566. So, how did these squads fare in the second half?

Here we see the challenge ahead. Each of these teams cooled off in the second half — it's pretty hard to continue winning nearly two-thirds of the games you play. The 1991 Twins make their appearance here, and it makes sense that the top four teams all won their divisions or better. The second half swoon that sunk the '92 Twins is modest compared to the bottom that fell out of the young League of Nations/Soul Patrol team. The 2019 Twins’ postseason odds — 99.3% at the end of the first half — are as encouraging as we’ve seen in years, behind one of the most impressive half-seasons in franchise history. (It beats 2011–2017, that’s for sure.) Oddly enough, their World Series odds increased after the loss yesterday, up to 14.2%.

Even with the bats of ass they've been swinging over the last couple weeks, the Bomba Squad has obliterated the ‘64 Twins’ first half record home run record by 41 bombas. The 166 homers of the first half equals the club's full-season total last year. Not bad. When healthy, there aren't many holes in this lineup. The injury bug has stretched the team thin, but the excellent depth of this roster has helped maintain altitude throughout the turbulence.

The most notable hole appears to be a solid, three-position reserve outfielder. Depending on who is available, Gonzalez, Astudillo, Adrianza, and Arraez have been able to plug holes in the corners, but none of them are natural outfielders. Jake Cave has been beyond mediocre — .176/.299/.243 (49 OPS+) — despite a slightly lower SO% and nearly double BB% over last season. His line drive rate is down from 31% to 24%, and his HR% has dropped 75% from last year. That all adds up to a BABIP .101 lower than 2018. His numbers at Rochester are actually significantly better this year than last season — .327/.370/.536 vs. .269/.352/.403 — which probably explains why he's continuing to be in the mix as guys cycle through the injured list. With three center field-capable starting outfielders, the Twins are in a much better position than they could be, were Cave their only alternative to Buxton.

Meanwhile, Luis Arraez has had an incredible first half. Even though his average finally fell below .400, he's still had one of the best starts to a rookie season in Twins history:

Here's a list of Twins who have equaled or exceeded Arraez' 1.0 rWAR in 200 or fewer PA:

Finally, depth has been a sore spot in our conversations about the pitching staff. I'll admit that my mind has been shifting from bolstering the rotation to stacking the bullpen in recent weeks. Berríos has been awesome. Kyle Gibson is, at this point, Kyle Gibson. I'm holding my breath that Pineda's improvements hold, Odorizzi's blister heals, and Pérez stays in his May/June form. Two of those guys won't be starting games after September, assuming the season maintains the present course. Much as I hate paying through the nose for relievers — this was a very addressable problem between November and February — bullpen arms are what will allow the starters to stay fresh the rest of the way, and what will shut down strong opponents' lineups after the fifth inning in the postseason.

So, let's finish with a few questions: