A sweet little side dish recipe to go with your Easter dinner today. 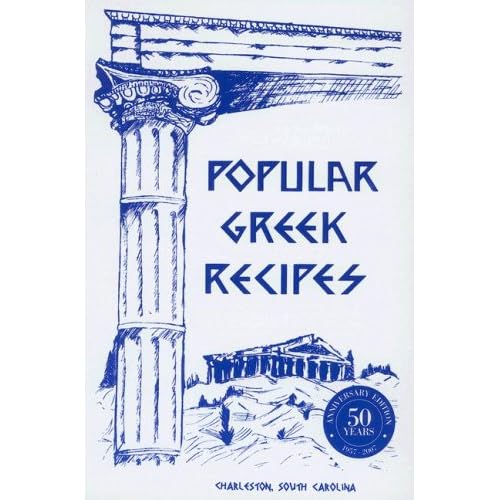 One of my oldest and bestest friends from Spamtown is a first-generation American of Greek heritage (or, actually, generation 1.5; his dad immigrated around the time of the Greek civil war; his mom was native-born) . His family founded the legendary George's Pizza.

Mmmm, greasy pizza cut into little squares. Heaven on earth. And Uncle Dino's Gondola truly was the "Noblest Sandwich of Them All."

One of my treasured possessions is a wedding gift from George and Ethel T (you are both missed), Popular Greek Recipes, published by The Ladies of the Philoptochos Society, Holy Trinity Greek Orthodox Church, Charleston SC. I've used this cookbook a lot over the years. It is my go-to recipe place for satziki, avgolemono soup, mousaka, pastichio, and today's recipe, fasoulakia yiahni, string beans in tomato sauce.

I will start with a faithful rendition of the recipe (p.186), then discuss modifications below.
END_OF_DOCUMENT_TOKEN_TO_BE_REPLACED

This is also the birthday of Twins' farmhand Adrian Salcedo (1991).

END_OF_DOCUMENT_TOKEN_TO_BE_REPLACED

I quit smoking nine years ago today, after smoking a pack a day for nine years. Hardest and best thing I ever did for myself.

END_OF_DOCUMENT_TOKEN_TO_BE_REPLACED

MINNEAPOLIS -- A freak incident occurred at Target Field on Saturday afternoon. Something happened that no one could remember happening before.

A second digit went up under the "runs" header on the scoreboard.

"I didn't know it could do that," said John Henry "Fred" Johnson, the ballpark's head of scoreboard operations.

The incident occurred after the Minnesota Twins' Danny Valencia hit a ball over the fence and into the upper deck, scattering several stunned patrons. Many fans in the ballpark were unsure of what just happened and assumed it had been a mistake. In fact, Valencia just jogged around the bases and headed back to home. Some believed Valencia was just going back to the plate to continue his at-bat as a sort of "do-over."

However, Valencia only touched home plate and continued back to the dugout. The confusion may have led to the incident, as the second digit went up on the scoreboard after Valencia touched home.

"We were scrambling, trying to figure out what went wrong," Johnson said, "but the official scorekeeper told us to leave it alone. So, we did."

The Indians didn't seem to notice, as they didn't make any complaints and the inning continued. The Twins appeared to enjoy it as they seemed downright giddy in the dugout.

"I'm going to do that every chance I get," he said. "We need to see that second digit again."

So that road trip to open up the season was pretty fun, right guys?

I mentioned this elsewhere, but the AL Central standings are exactly the opposite of what I expected them to be. I don't expect this to continue.

Cleveland's over-performing right now. Their batters certainly are - Asdrubal Cabrera is hitting home runs at a pace of one every twenty at bats after hitting one about every 80 at bats through his MLB career and one every 60 in his minor league career, I would guess that would settle down a bit. Their pitchers are over performing, too. The team's getting lucky, and it's time for the Twins to change that.

Although I had another post in mind for the second Collectibles Spotlight, this one prempted. My LCS (that's "Local Card Shop" in baseball card blogger parlance) got in some of this year's Topps team sets, and besides all the Cardinals sets he picked up a Twins set for me as well.

END_OF_DOCUMENT_TOKEN_TO_BE_REPLACED

Originally composed by Aram Khachaturian as the final act of his ballet, Gayane.  Now used by the Buffalo Sabres to get fans pumped up.

It's sort of like my daughter Skim claiming to be a week old, but you know what I mean.